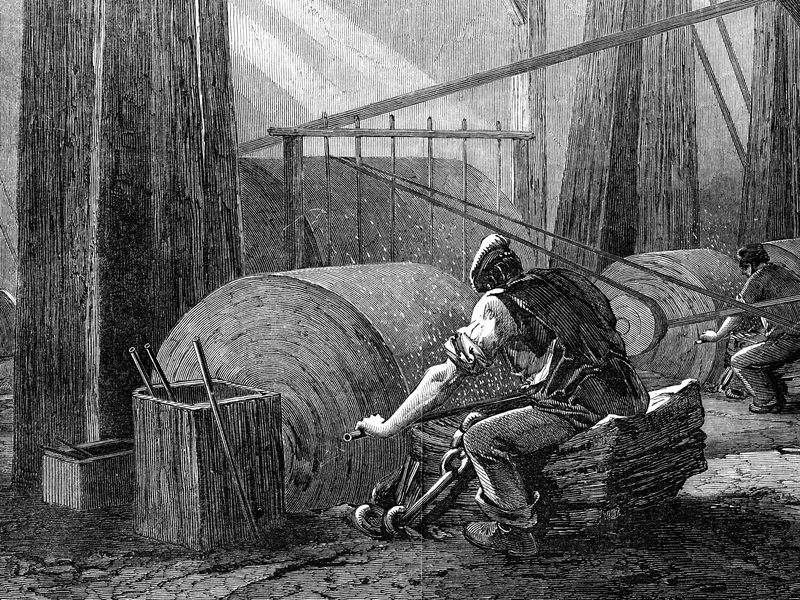 The biggest gun manufacturing firm in 18th century Britain was owned by a Quaker family, the Galtons of Birmingham. Quakers, as a tenet of their beliefs, do not participate in war or war training, so how did the Galtons manage to become massive industrialists in the arms business while maintaining their status in their religious community? the answers reveal how difficult it was in eighteenth-century British industrial society to extricate oneself entirely from participating in warfare, regardless of principles. War was integral to the Industrial Revolution. This captivating piece of industrial history will explore the complex relationship between the Quaker Community and gun makers during the British Industrial Revolution.

Priya Satia is the Raymond A. Spruance Professor of International History at Stanford University. A graduate of Stanford, London School of Economics, and UC Berkeley, she Priya Satia specializes in modern British and British empire history, especially in the Middle East and South Asia. Her two books, Spies in Arabia: The Great War and the Cultural Foundations of Britain’s Covert Empire in the Middle East (OUP, 2008), and Empire of Guns: The Violent Making of the Industrial Revolution (Penguin Press, 2018), have won the AHA-Herbert Baxter Adams Book Prize, Pacific Coast Conference on British Studies Book Prize, and the Wadsworth Prize in Business History. Prof. Satia’s third book, “Time’s Monster: How History Makes History,” is forthcoming in 2020 (Harvard University Press; Penguin UK). It is an account of the British empire that focuses on the role of the modern historical imagination in its unfolding, while also recovering alternative ethical visions embraced by anticolonial thinkers.