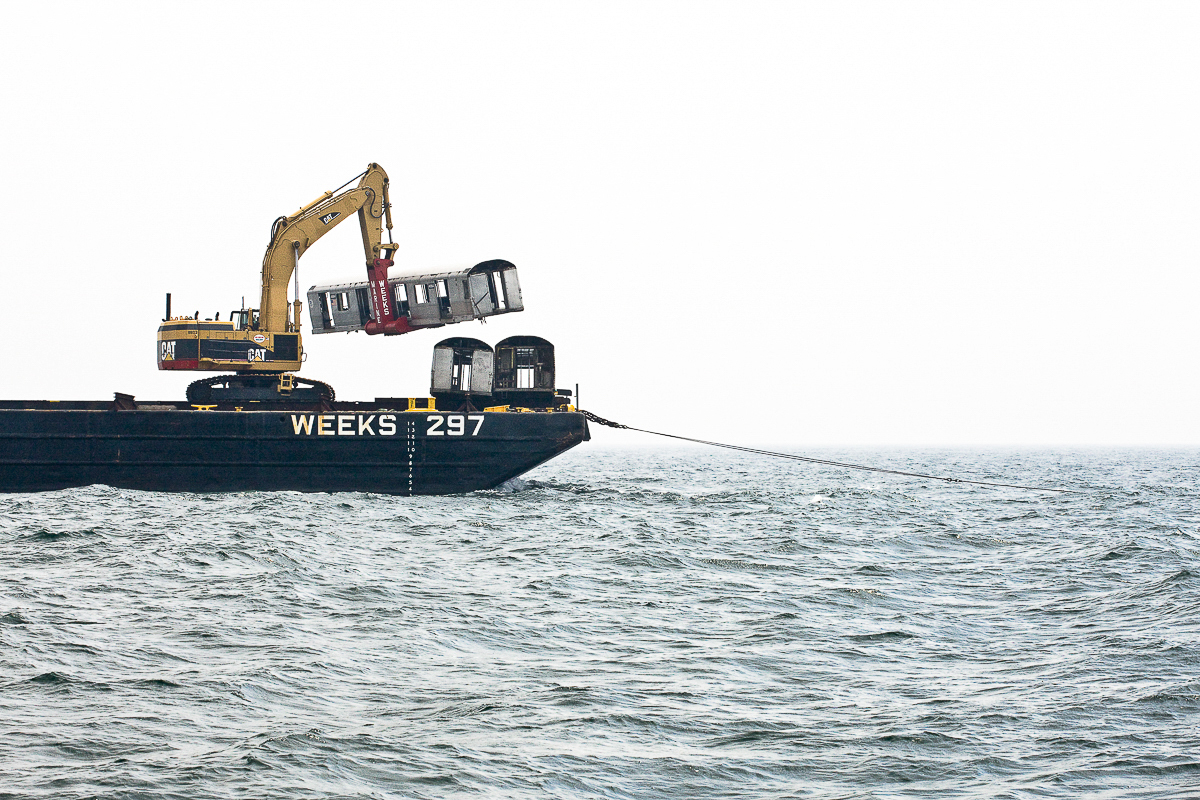 Join photographer Stephen Mallon, whose work makes up the museum’s new ‘Machines of Interest’ exhibit, and NMIH Curator Andria Zaia, as they take a deep dive into the stories behind Stephen’s mesmerizing photos. Utilizing an innovative 3D tour of the exhibit, viewers will be able to virtually walk through the museum while Stephen details the process behind his photography. His critically-acclaimed work on display features his most captivating, riveting, and thought-provoking pieces. The exhibit features over two dozen original prints from his collection, spanning life on the rails,  recycling yards, and how machinery and nature interact.

Stephen Mallon is well-known for his series “Next Stop Atlantic,” featuring decommissioned NYC Subway cars as they are retired in the depths of the Atlantic Ocean as artificial reefs, as well as his series “Brace for Impact”, which chronicles the reclamation of the plane which was successfully landed in the waters of the Hudson river by Captain “Sully” Sullenburger. Mallon’s work has been exhibited in museums and galleries internationally, and his work has been written about in many publications, including National Geographic, The New Yorker, New York Times, Vanity Fair, Wired, Stern, PetaPixel, Viral Forest, BuzzFeed, New York Magazine, and The Huffington Post, and featured on CNN, CBS, MSNBC and NPR.

This event will be livestreamed via NMIH’s Facebook page at facebook.com/NMIHorg