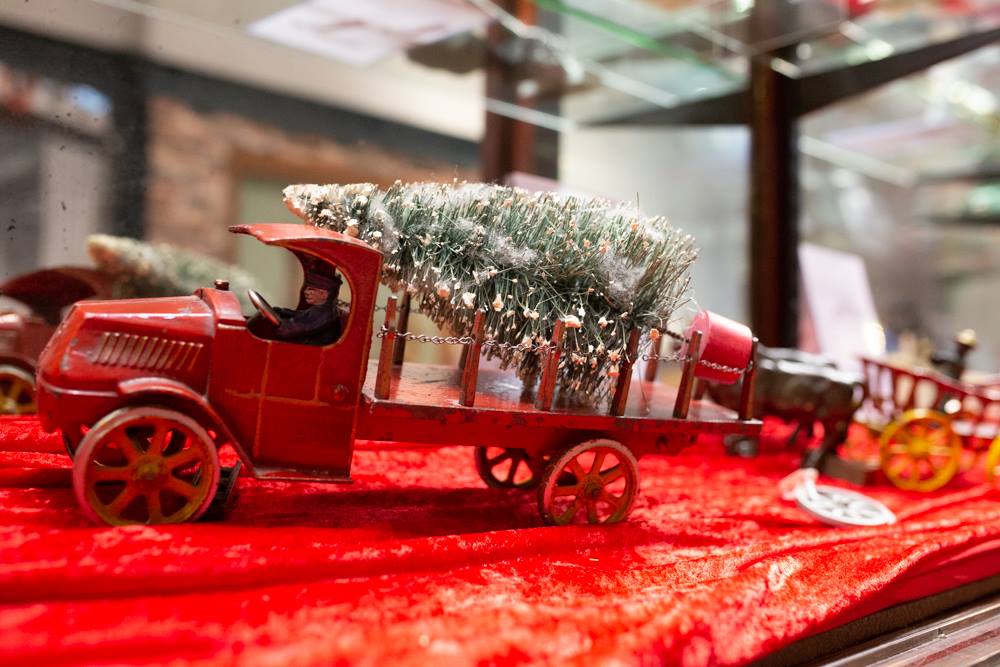 Decades ago, children across the country would find under their Christmas trees heavy, cast iron toys manufactured in Fullerton, Pennsylvania just north of Allentown. The Dent Hardware Company, established by Henry H. Dent and business partners in 1894, produced specialty products, mainly hardware for refrigerators and cold storage units in their brass and iron foundries. The company expanded to produce cast iron toys between 1898 and 1937, becoming one of the nation’s foremost producers of toys that included steam boats, horse drawn carriages, and more that are still avidly sought out by collectors.

NMIH will host Henry’s great-grandchildren, Peter Dent and former Congressman Charlie Dent on Saturday, December 14th at 2pm as they recount the vast legacy their family’s business left on the area and the country’s industrial map. The company’s former headquarters is listed on the National Register of Historic Places and a version of the company still operates today under the ownership of the Dodge family as Dent Design Hardware.

They will also tell the tale of their late uncle, Charles C. Dent, whose vision of bringing Leonardo da Vinci’s unfinished project of casting a massive bronze horse statue in the late 15th century to fruition spanned more than 15 years. The project was then headed up by Peter, who oversaw the casting’s completion and installation in both Italy and Allentown.

The event coincides with NMIH’s holiday cast iron toy display, featuring many varieties of toys created at the Dent Hardware Company and on loan from the Dent family’s personal collections. The exhibit runs now through January 12th.

Admission for this special event is included in regular museum admission.

About Peter and Charlie Dent
Peter is the former Da Vinci Science Center Chairman and helped carry on the legacy of both Leonardo da Vinci and his late uncle’s vision to erect a massive bonze horse sculpture in Italy. Following the project’s completion, he oversaw the merger of Leonardo da Vinci’s Horse, Inc. with the Discover Center of Science and Technology in 2003. After the merger Peter became a Da Vinci Science Center Trustee, serving as Chairman from 2006-2010 during a time when the center saw a dramatic expansion in programming and visitor experiences. Peter currently serves as the president of CDG Environmental, LLC, a specialty chemical company in Bethlehem, PA.

Charlie Dent is a former United States Representative, serving Pennsylvania’s 15th district for 13 years, from 2005 to 2018. Prior to his political career, Charlie earned degrees from Penn State University and Lehigh University and worked in various capacities as a development officer for a university, an industrial salesman, and a congressional aide. His political career began with a stint as a member of the Pennsylvania State Legislature for 14 years as both a representative and a senator. He currently works as a non-attorney senior policy advisor for DLA Piper, a multinational law firm, and is a frequent political commentator for CNN.