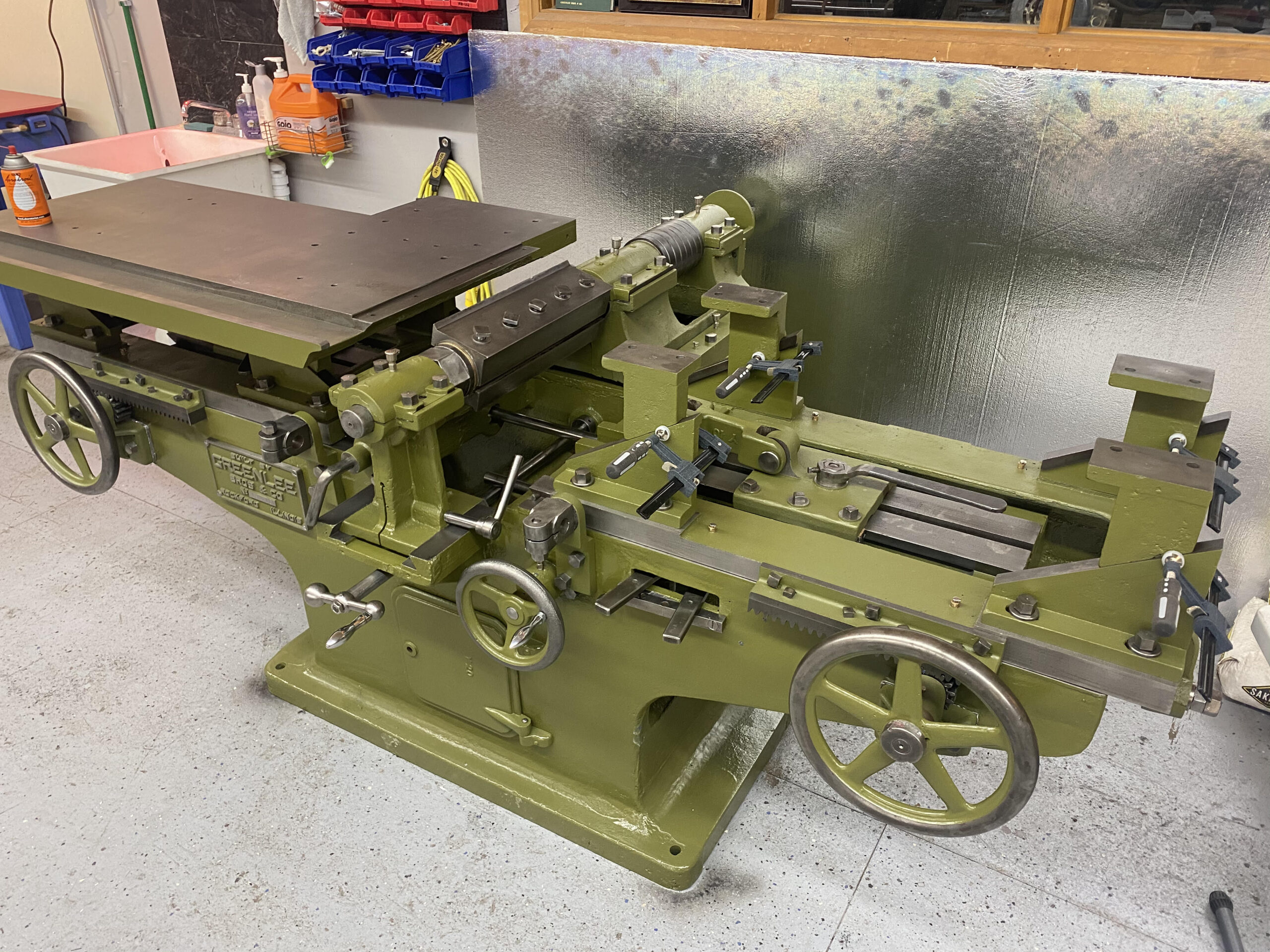 Steve Williams is a 73-year-old Vietnam Veteran living in Kalispell, Montana with a knack for vintage woodworking. Back in 2018 he placed a Craigslist ad looking for antique machinery. He was soon contacted by a fellow Montanan about a boxed-up piece of old equipment sitting in a field, a message that sent him down a years-long journey of discovery, research, and restoration. 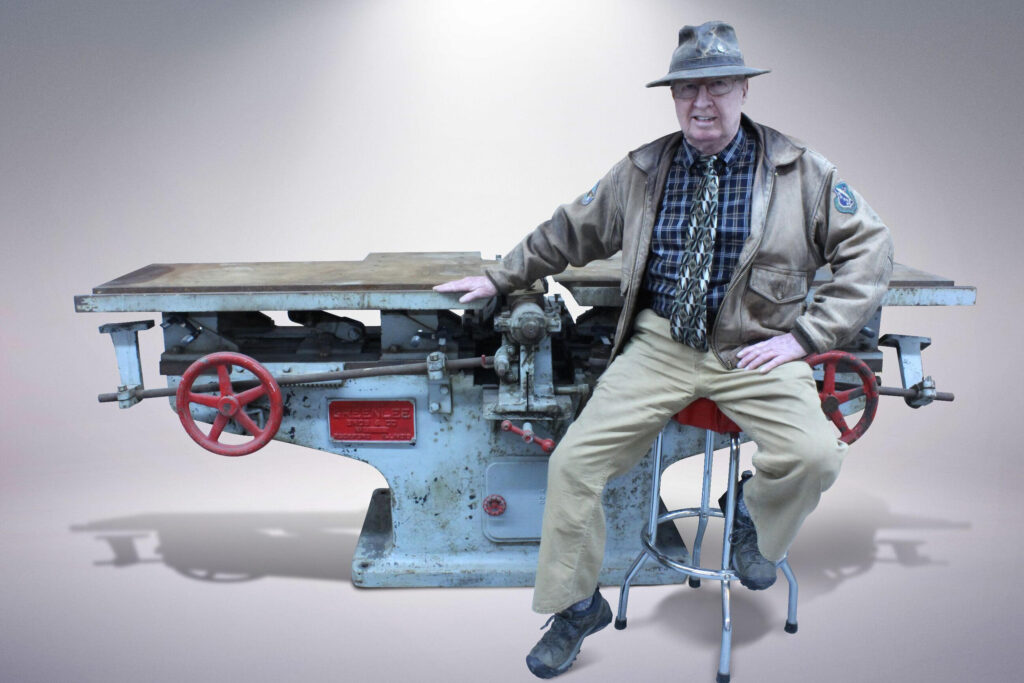 A long-time woodworker, Williams has his own shop and specializes in the recreation of woodwork for historic buildings. In addition to reproducing ornate fixtures from the past, he refurbishes and utilizes vintage woodworking machinery in his craft, a passion he’s had for over three decades. Hence, when a cabinetmaker some 250 miles away in Northern Montana reached out to him regarding a rare piece of machinery, he jumped at the opportunity to take a look.

Built in Rockford, Illinois, the machine in question is a 4,230 lb. ‘variety woodworker’ manufactured by Greenlee Brothers & Co. Originally conceived in Chicago in 1862, the company relocated to Rockford in 1904. Today Greenlee is known as Greenlee Tool, Inc. Following several acquisitions the company is now a wholly-owned subsidiary of the Emerson Electric Co. and primarily manufactures electric tools.

Greenlee had originally sold this variety woodworker in 1910 to the Anaconda Copper Company, a massive mining outfit with operations in Great Falls, Montana. The machine, considered one of the best of its type at the time, was used to create wood patterns employed in sand casting massive iron gears for the company’s mines. Its genius was in its versatility, as it performed nine different functions, resulting in a drastic reduction in needed space and capital. A true workhorse, it enjoyed a service life of nearly 70 years until Anaconda’s Great Falls location shuttered in 1979 and its assets were liquidated. 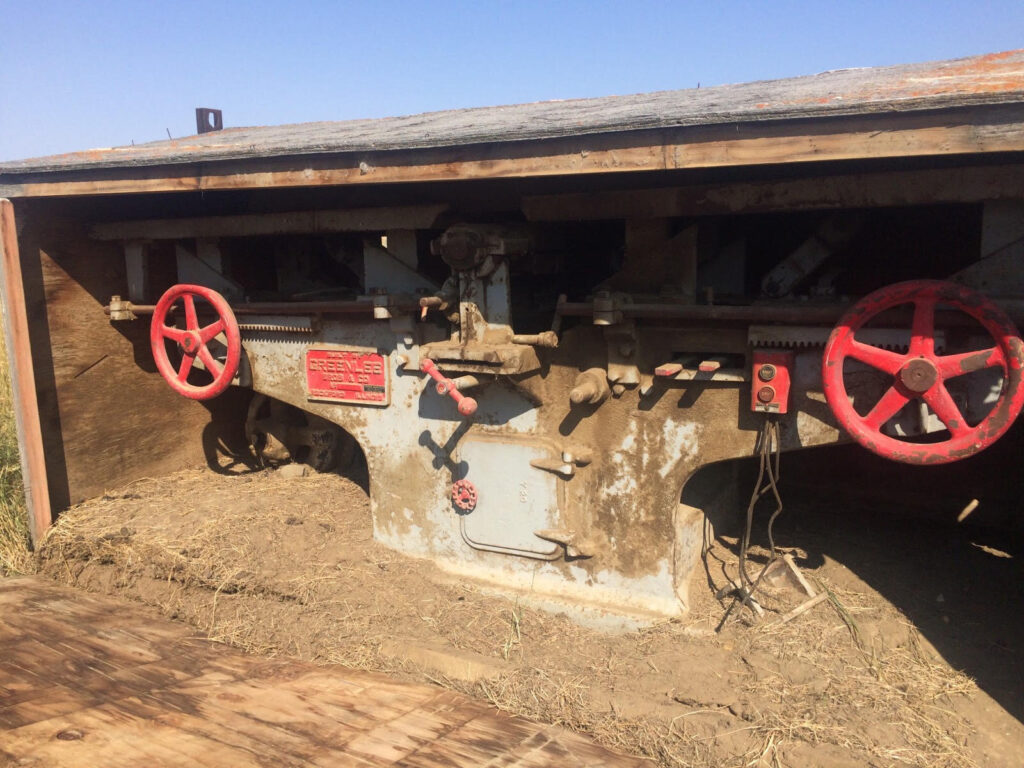 It was during that liquidation sale that the previous owner had purchased the machine. It wasn’t until after returning to retrieve it and heading back to his carpentry shop 90 miles away that he realized the woodworker was too large to comfortably fit in his shop, let alone make it through the doorway. Instead he drove the machine to his brother’s nearby 5,000 acre industrial farm. There, he used a wallpaper brush and a 10-gallon bucket of lard, covering the machine with grease to prevent rusting and corrosion. After sealing the machine in a custom-made wooden crate, it sat untouched for close to 40 years until the owner saw Williams’ Craigslist post.

Williams was immediately interested, knowing Greenlee had a long history and reputation for building tools that were intricate and precise yet could stand up to the rigors of industrial manufacturing. After making the trip, Williams and the owner set out to the field with hand tools and pried open the crate, shedding light on the artifact for the first time in four decades. Immediately enamored with the extraordinary condition of the machine, Williams vowed to not only acquire the woodworker but to restore it to factory condition.

He soon realized he had a rarity on his hands. After extensive online research online, at the Montana Historical Society, and with other woodworking and antique machinery aficionados, Williams has come to believe the machine is the last survivor of its type. Scores of similar machines were sent to scrap yards, melted down, and recycled into weapons and armor in support of the country’s WWII efforts. Even before then, during the 1920s and 1930s, many were converted from utilizing an antiquated line shafting power system to run on electric power. Both the destruction of the variety woodworkers and the conversion to electric left originals like the one sleepily resting in a Montana field all but extinct. 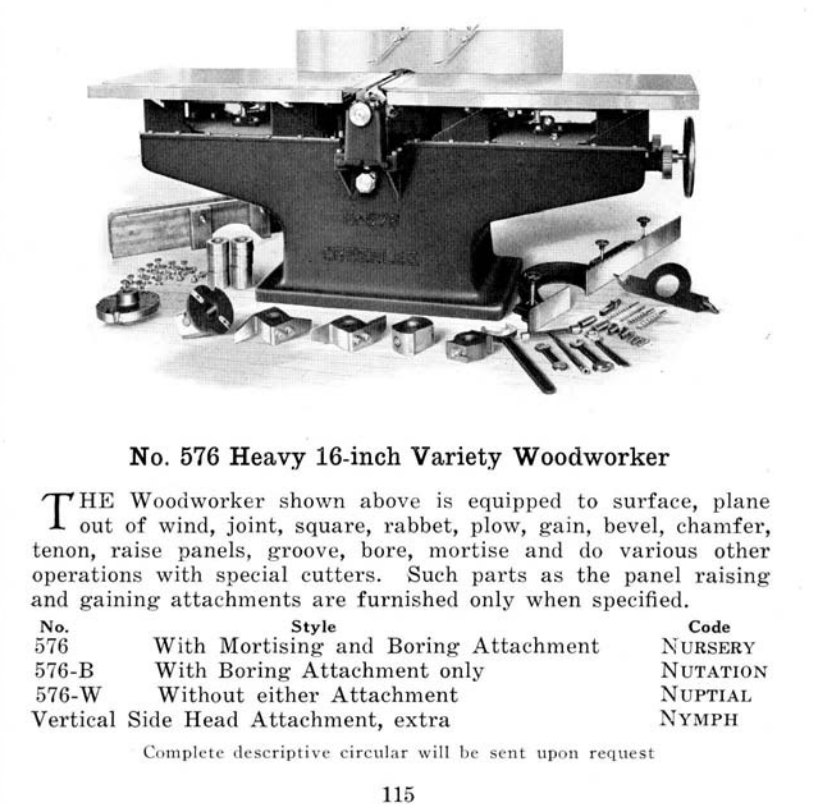 Noting the machine’s provenance, rarity, and pedigree, Williams contacted the Smithsonian Institution to inquire about donating it for their collection. Our colleagues there then referred him to NMIH. After agreeing to accept the piece into the museum’s collection, the months-long restoration process began.

Even with the machine in great condition, the first-class restoration was estimated to cost $40,000. Greenlee’s parent company, Emerson, has stepped up to ensure the rare artifact is preserved and returned to like-new condition, funding the project in whole. In an interview with the Rockford Register Star, Lloyd Everard, VP of Human Resources for Professional Tools at Emerson, said, “I think it just represents the heritage of Greenlee. Throughout our building, if you come tour you’ll see we still have pictures of the Greenlee brothers on the wall. We have a lot of their antique tools and some of their early products on display. So, it’s just kind of a way of remaining connected with the long and honorable tradition of Greenlee.” 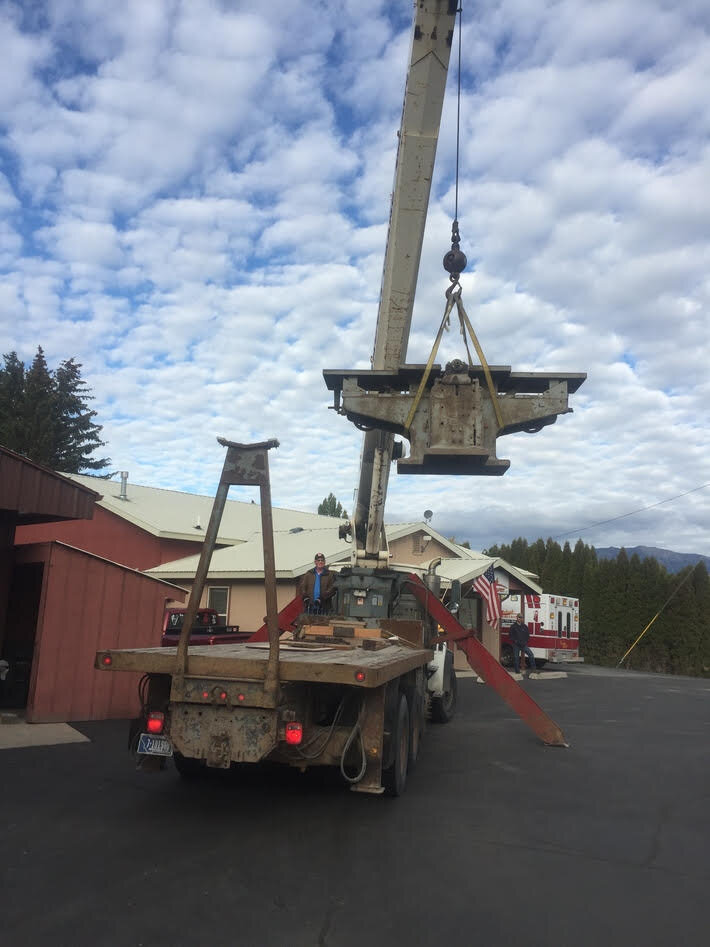 Owing to the machine’s many complicated moving parts, the restoration process from greasy field find to museum-quality artifact has been a painstaking one. All of the machine’s surfaces have been replated, polished, and/or painted in its original color which was discovered when a metal badge was removed, revealing its unblemished original hue. The large cast iron tables were resurfaced with glass bead and soda blasting in Kentucky before returning to a low-humidity chamber for additional work. The woodworker has all of its original parts save for a few vintage fasteners which were replaced with identical replicas. Throughout the experience Williams has been video-documenting the process and interested history buffs can read more about the in-depth restoration project at greenleediscovery.com.

“This artifact not only has amazing heritage and is being restored to its former glory, but it also helps convey the stories we tell at the museum,” said Glenn Koehler, Director of Marketing and Public Relations for NMIH. “The ‘sister’ building adjacent to the museum held the Carpenter Shop for Bethlehem Steel, where patternmakers worked on similar machines and made casting patterns for foundries. The woodworker, combined with our Smithsonian collection, really help to paint a complete picture of how industry operated at the time.” The Smithsonian pieces on display, on loan from the National Museum of American History, include line-shaft-driven machines and several foot-powered woodworking machines that predate the variety woodworker.

The fully restored Greenlee embarked on another journey in late May 2021: after being carefully packed away it was transported to Bethlehem, PA, the first time the machine has left Montana in 111 years. Mr. Williams departed Montana and enroute visited the Greenlee headquarters in Rockford, IL. He arrived at the museum on Thursday, May 27th and media, NMIH staff, and museum volunteers were on hand to welcome him. The artifact was successfully moved into the museum and will remain on display in the coming months. 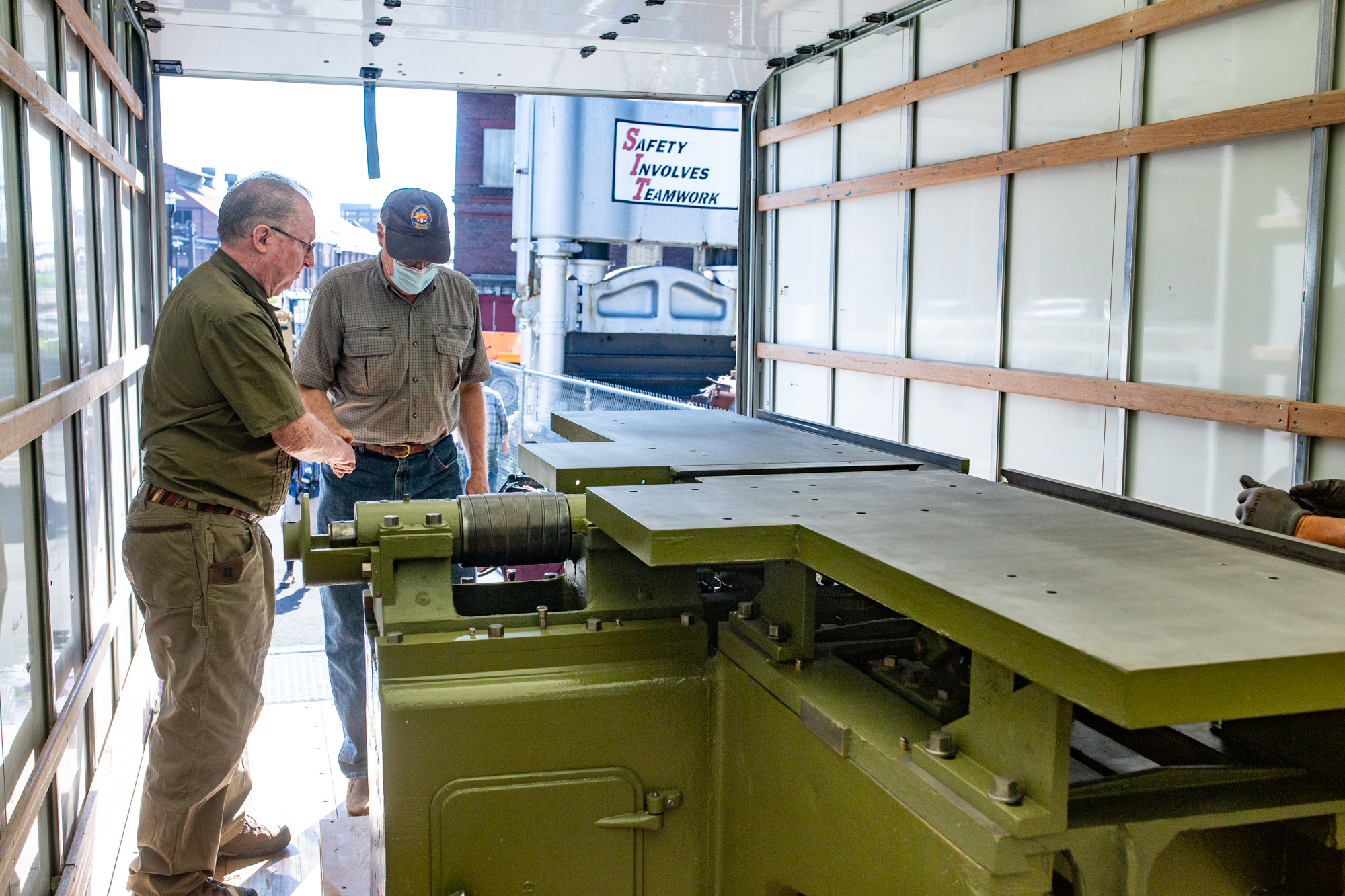 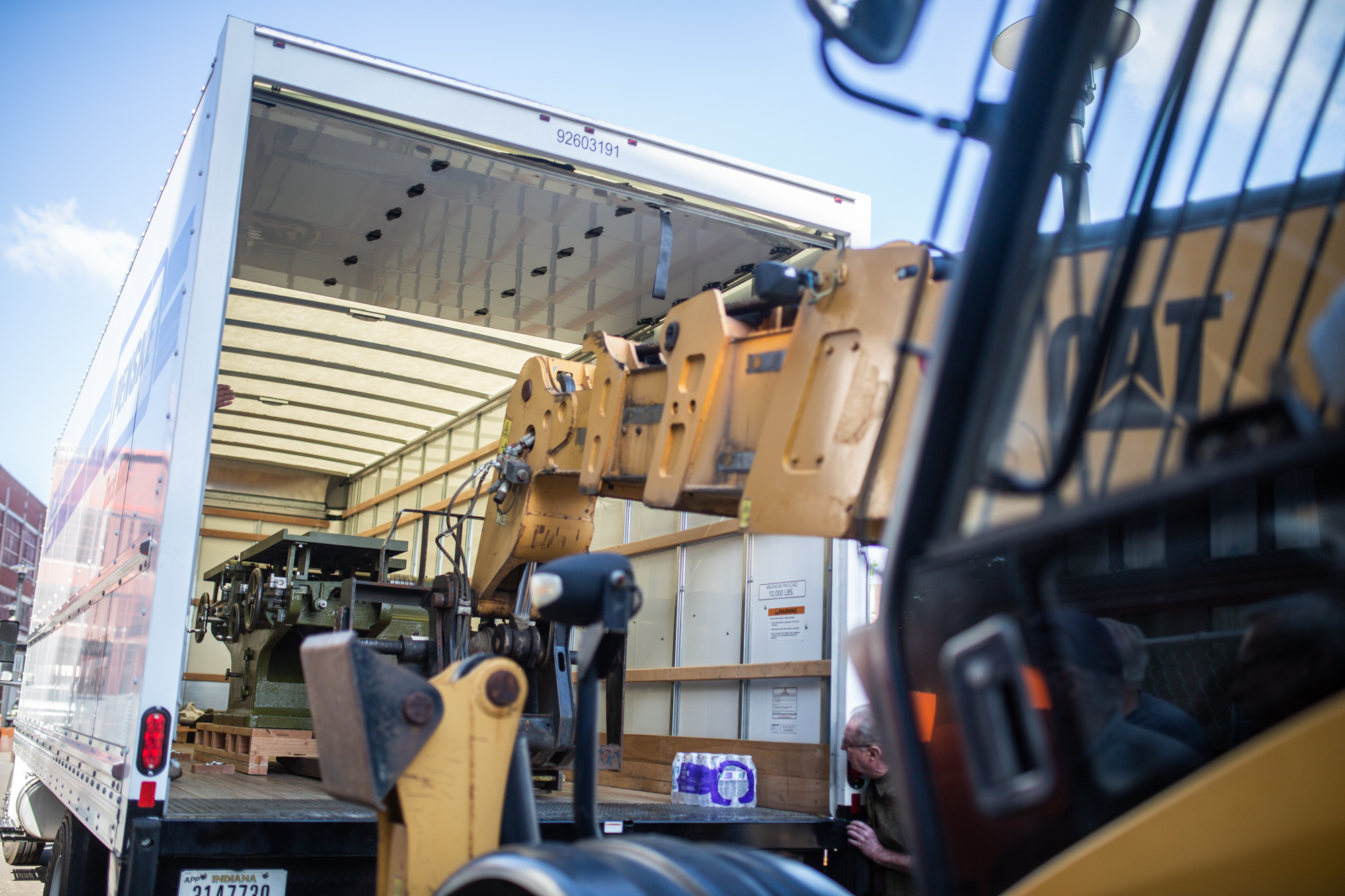 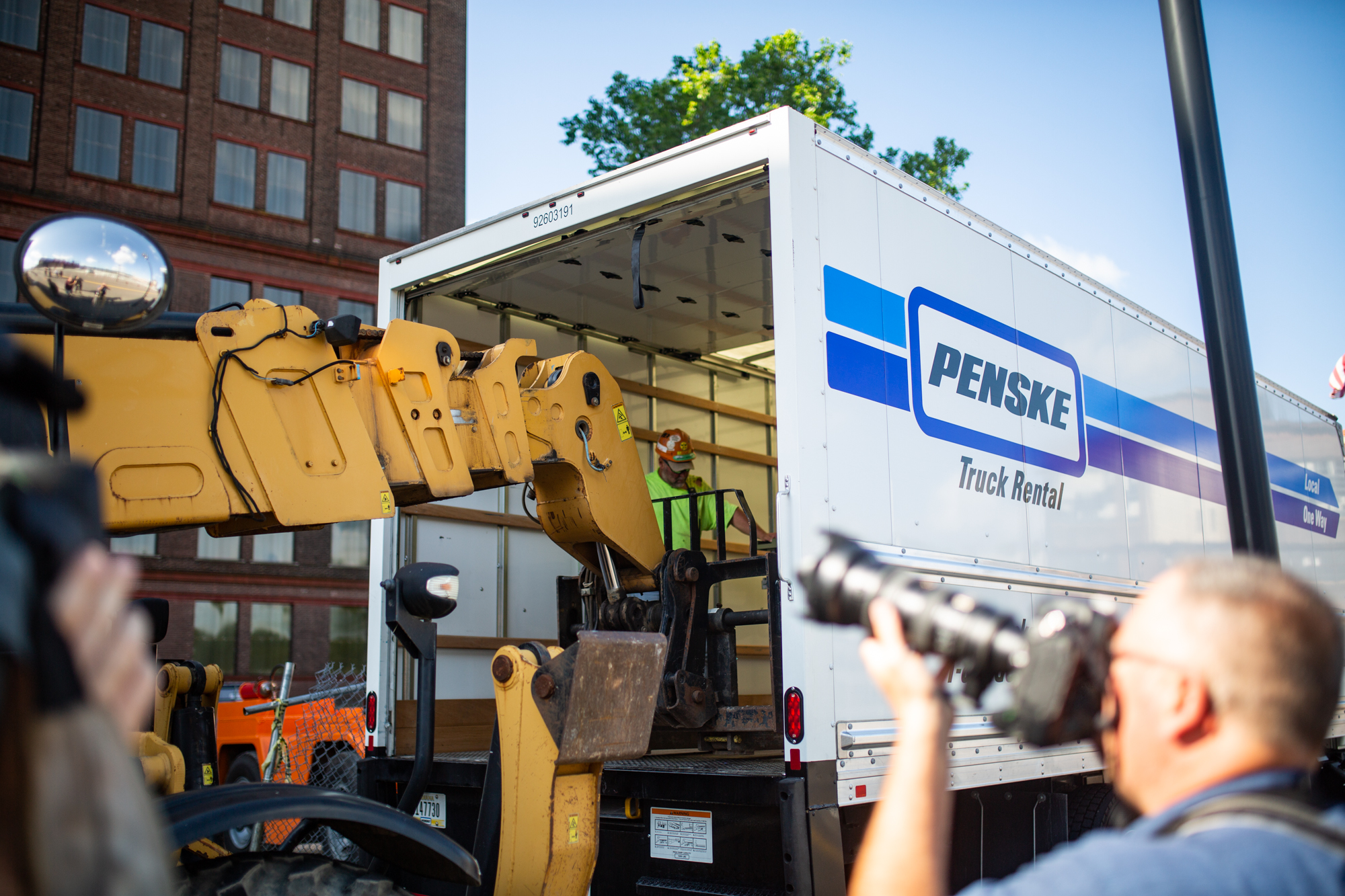 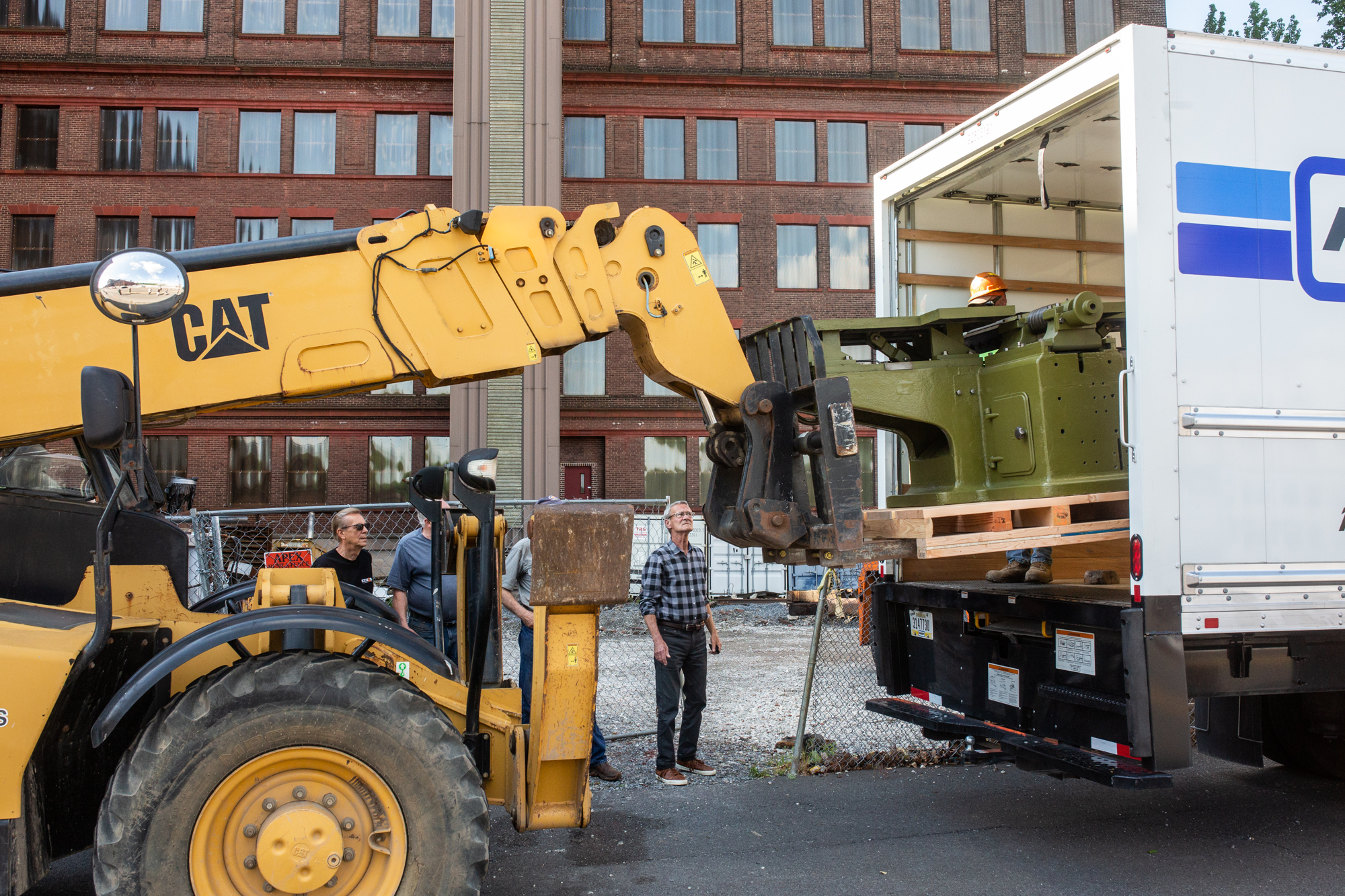 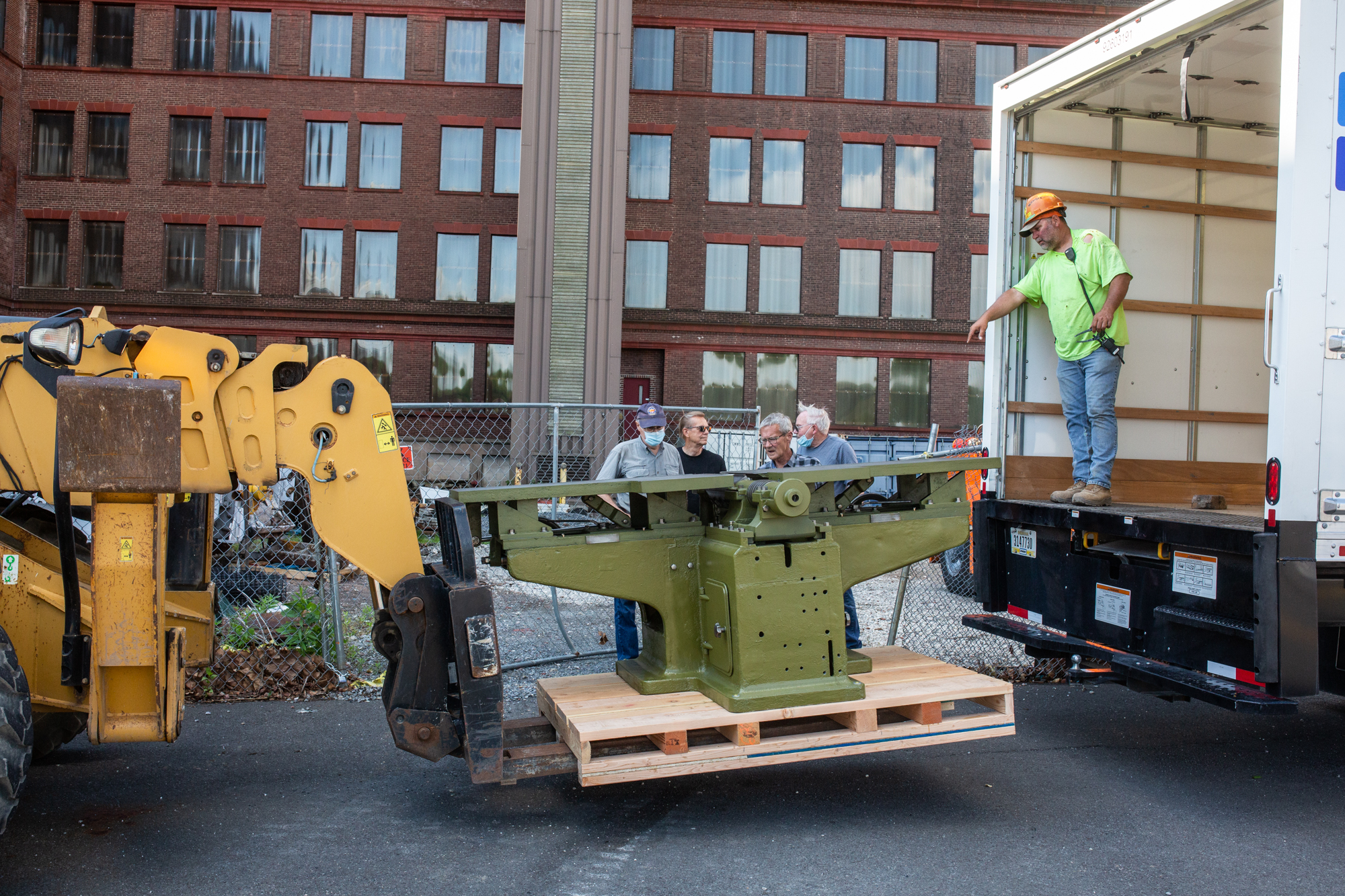 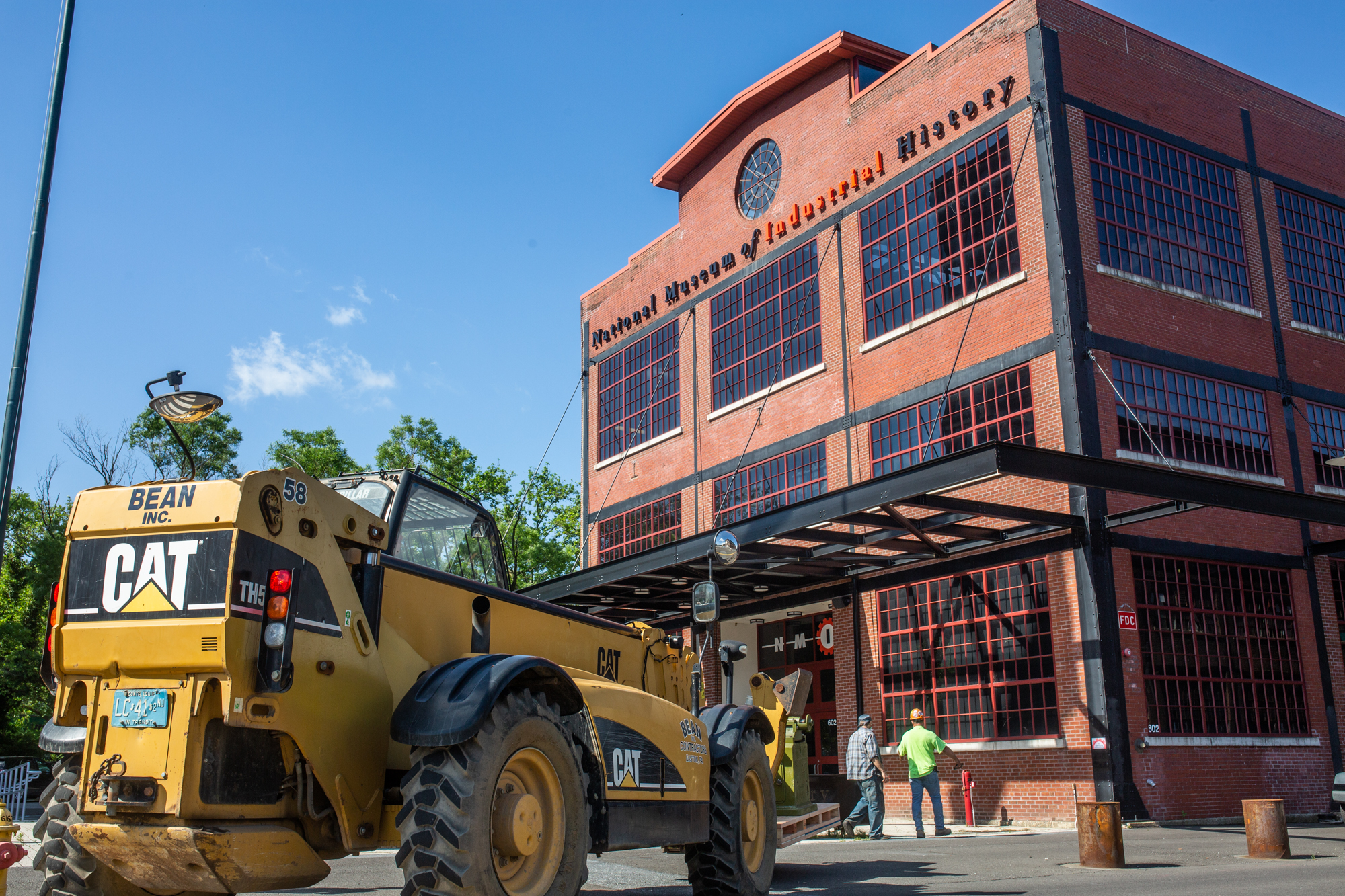 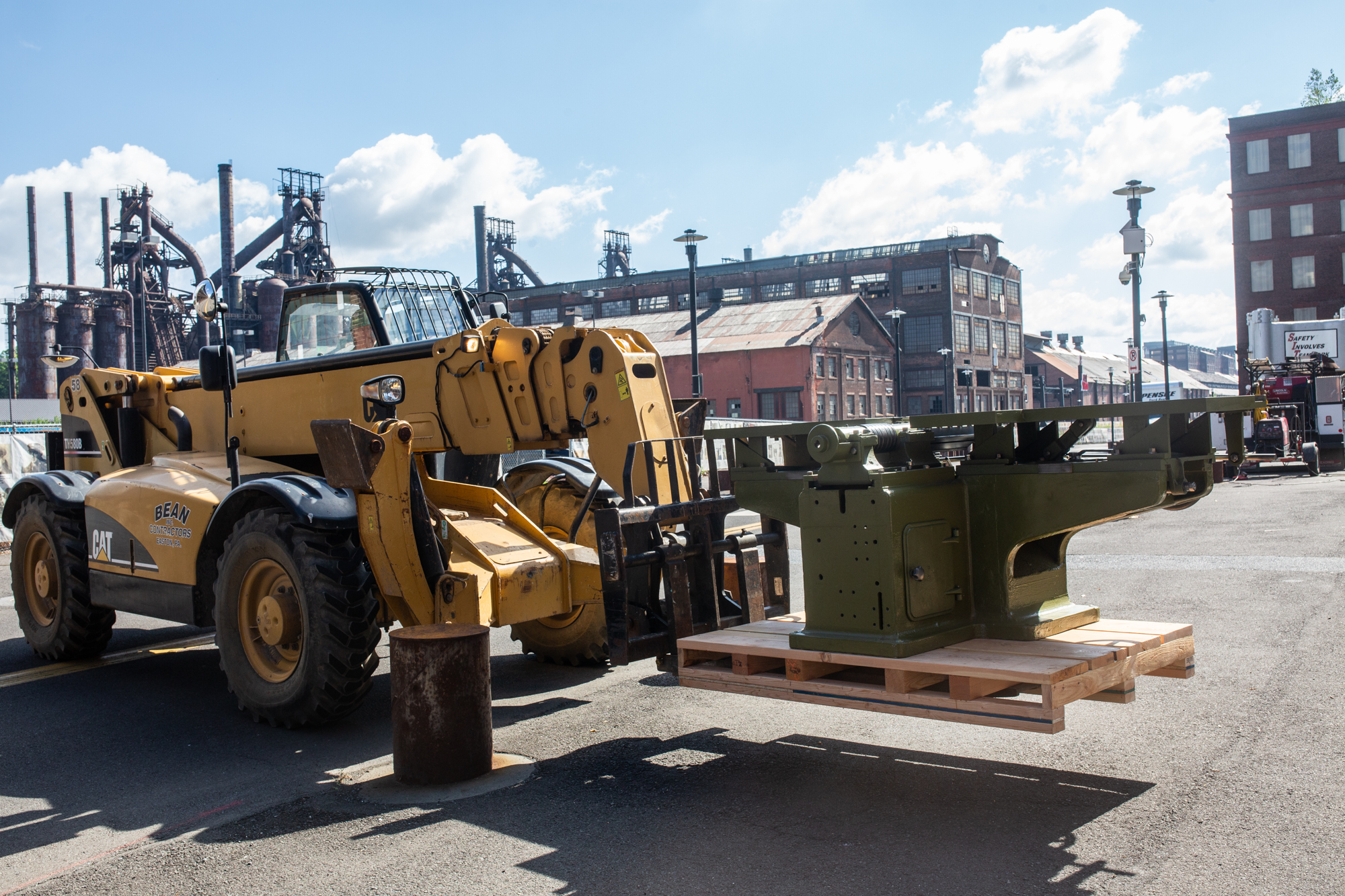 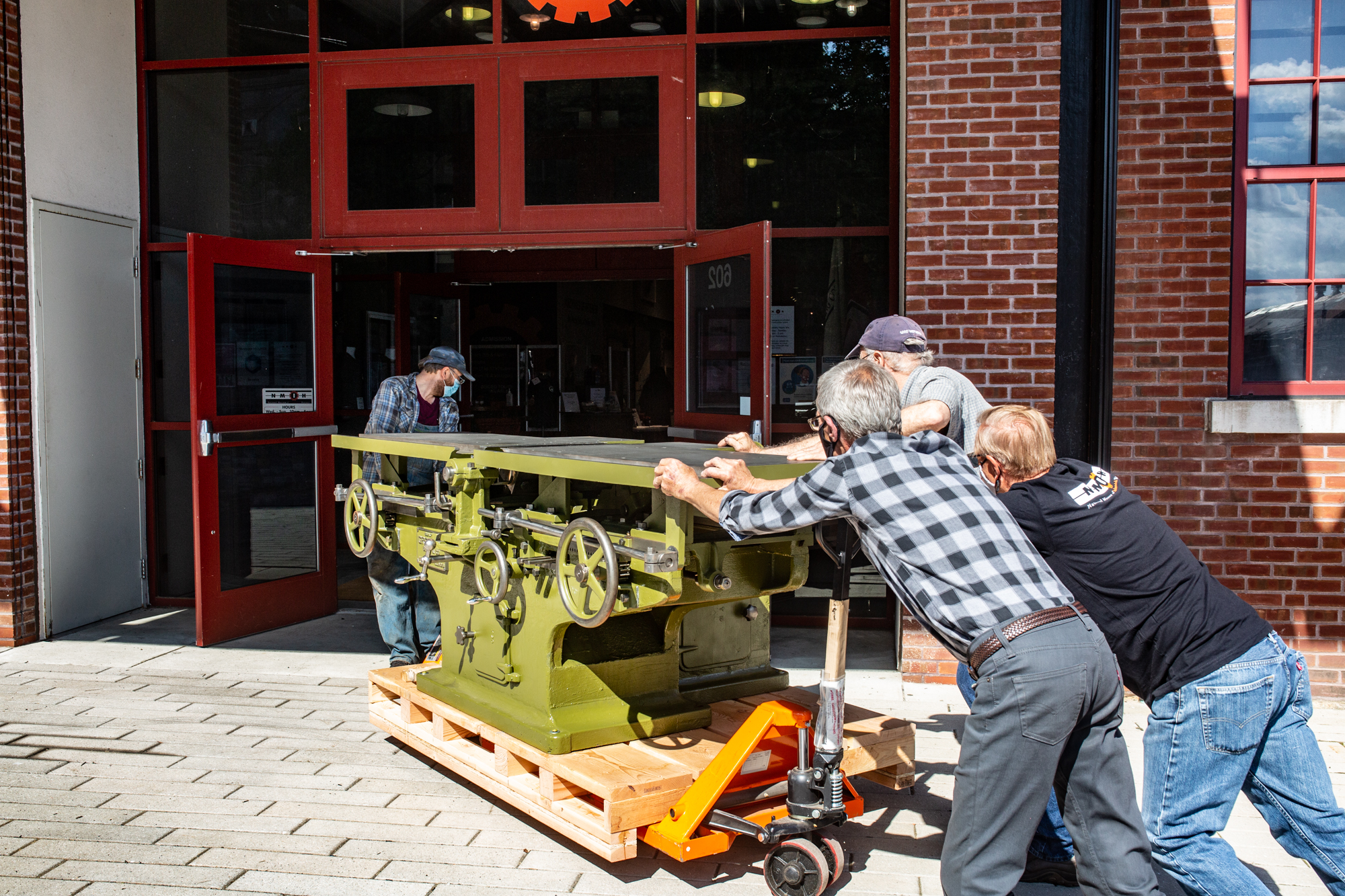 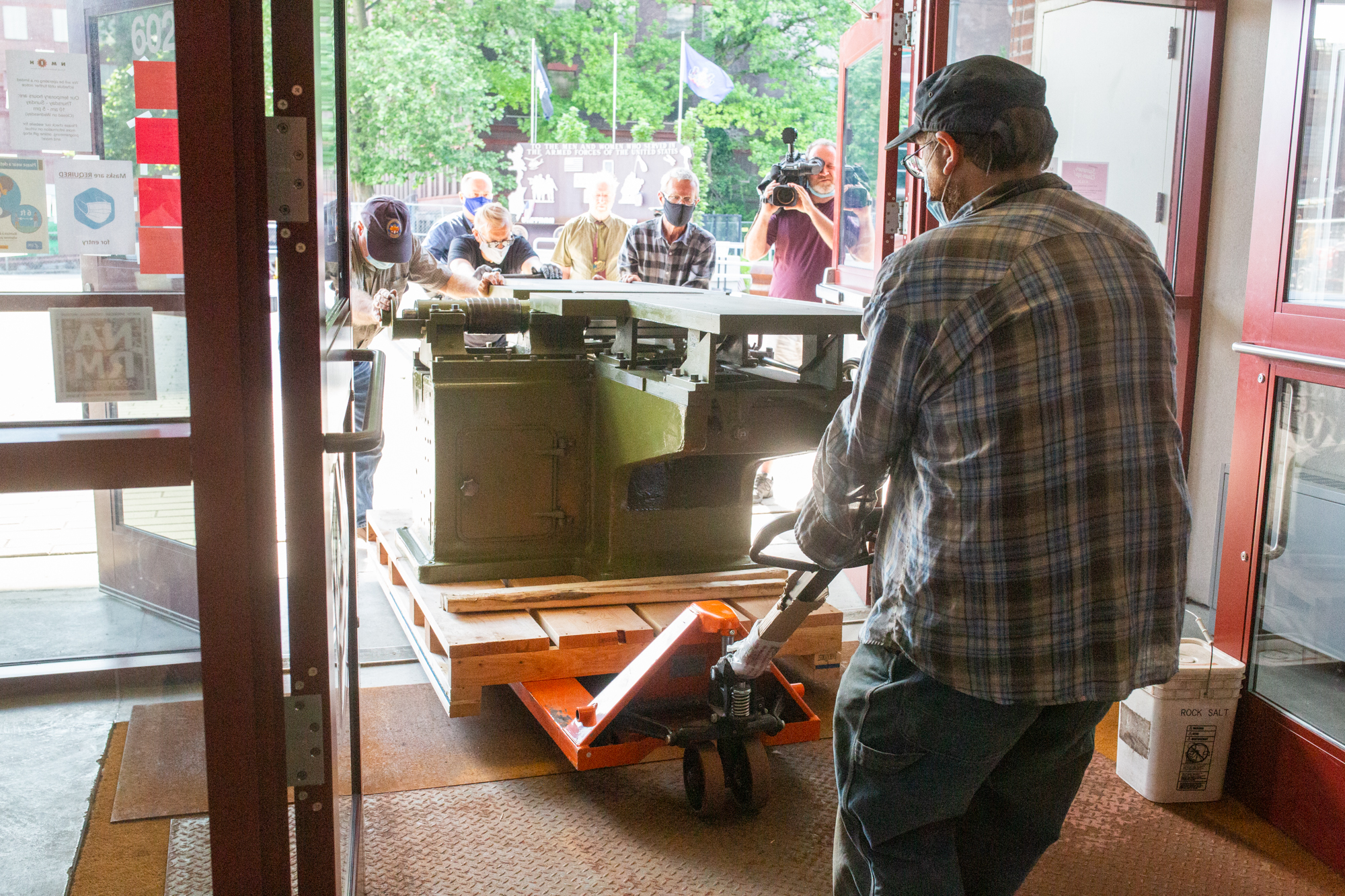 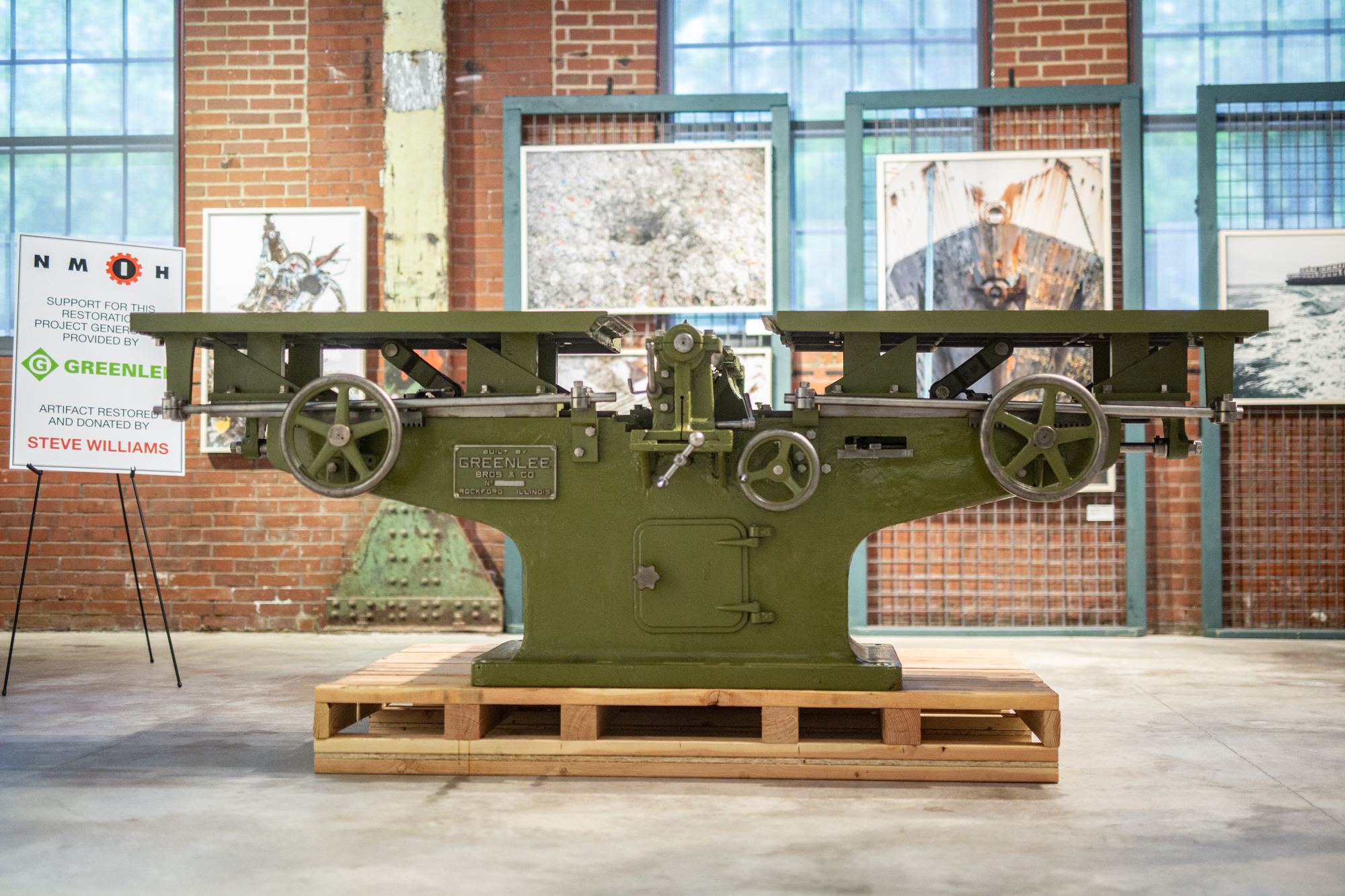 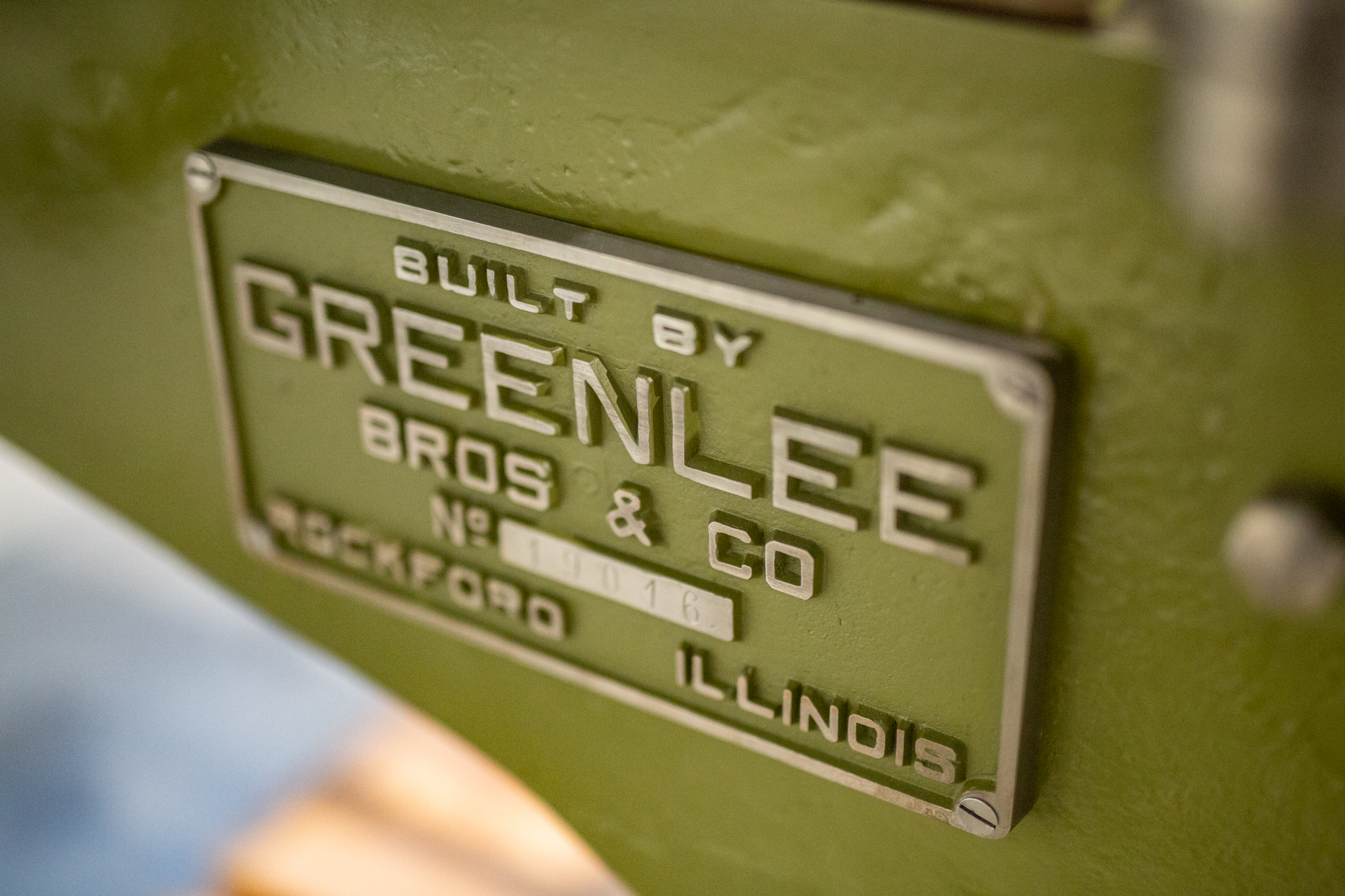 Support for this restoration project
generously provided by: 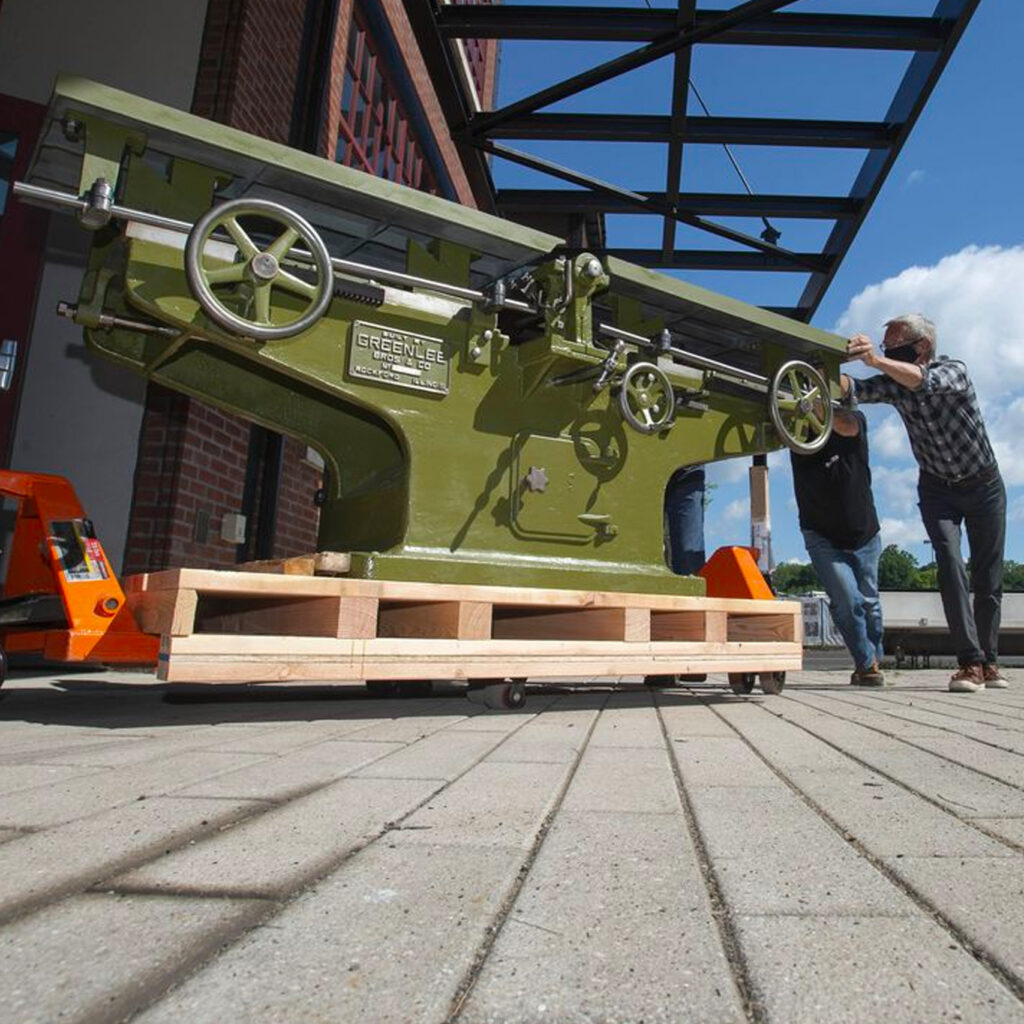 After sitting nearly 40 years untouched in a farm field in rural Montana before being refurbished and transported more than 2,000 miles across the country, a last-of-its-kind vintage woodworking machine is finally settled in its permanent home at the National Museum of Industrial History in Bethlehem. 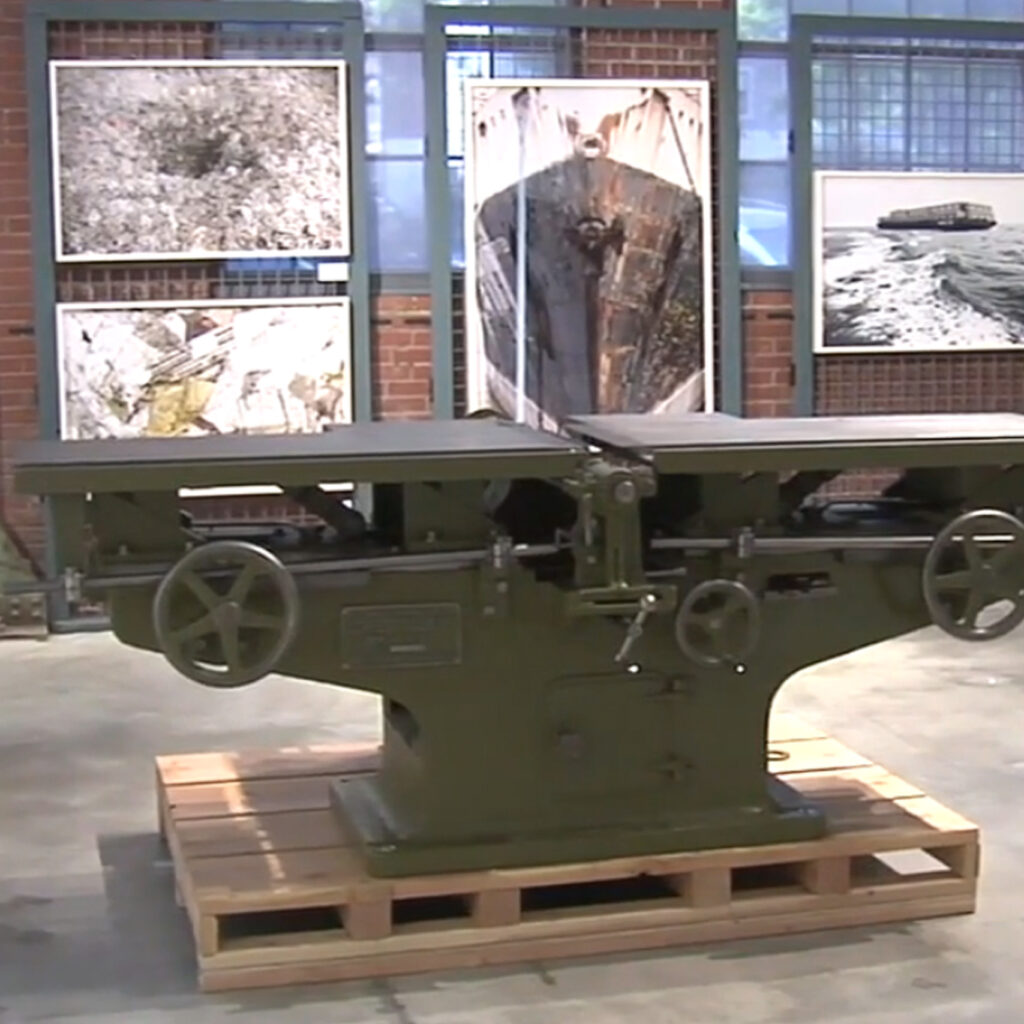 For 73-year-old Steven Williams, donating a 1910 Greenlee variety woodworking machine to Bethlehem’s National Museum of Industrial History is like saying goodbye to an old friend…. 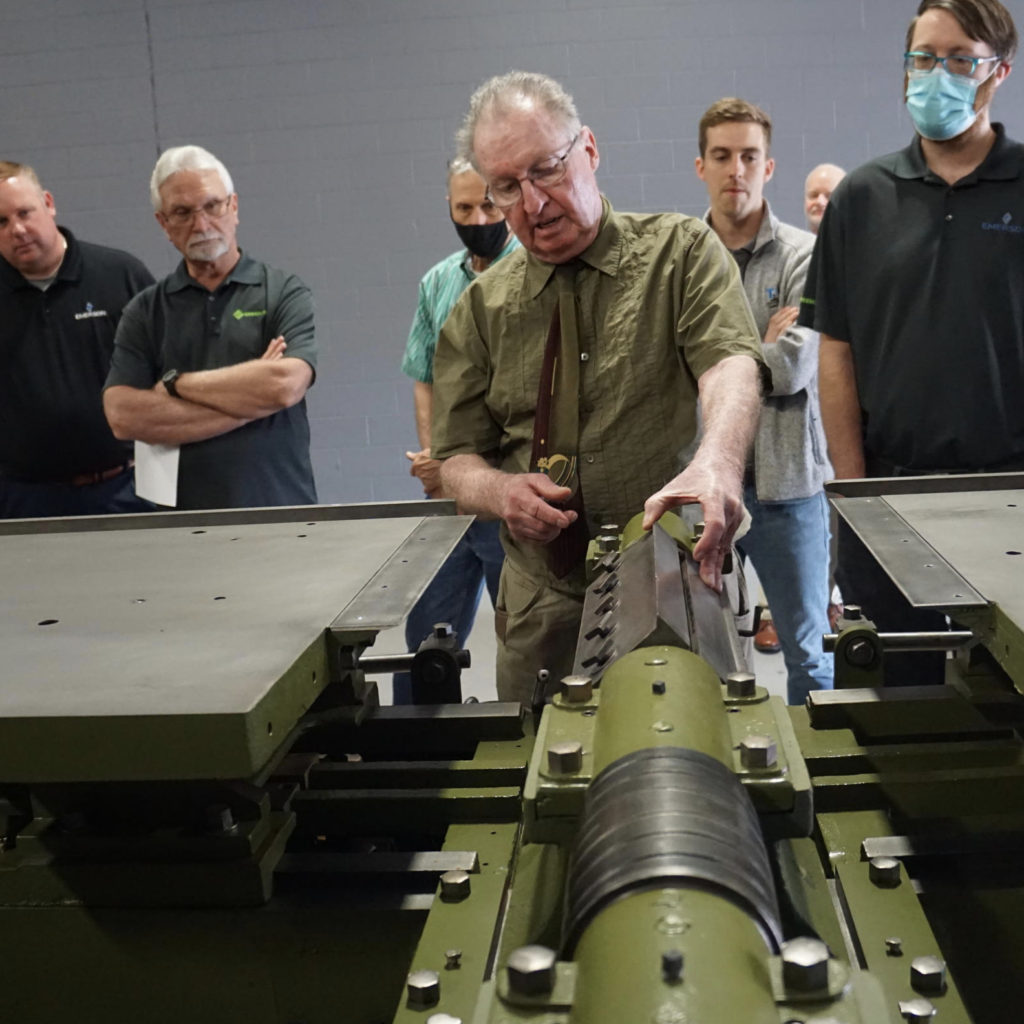 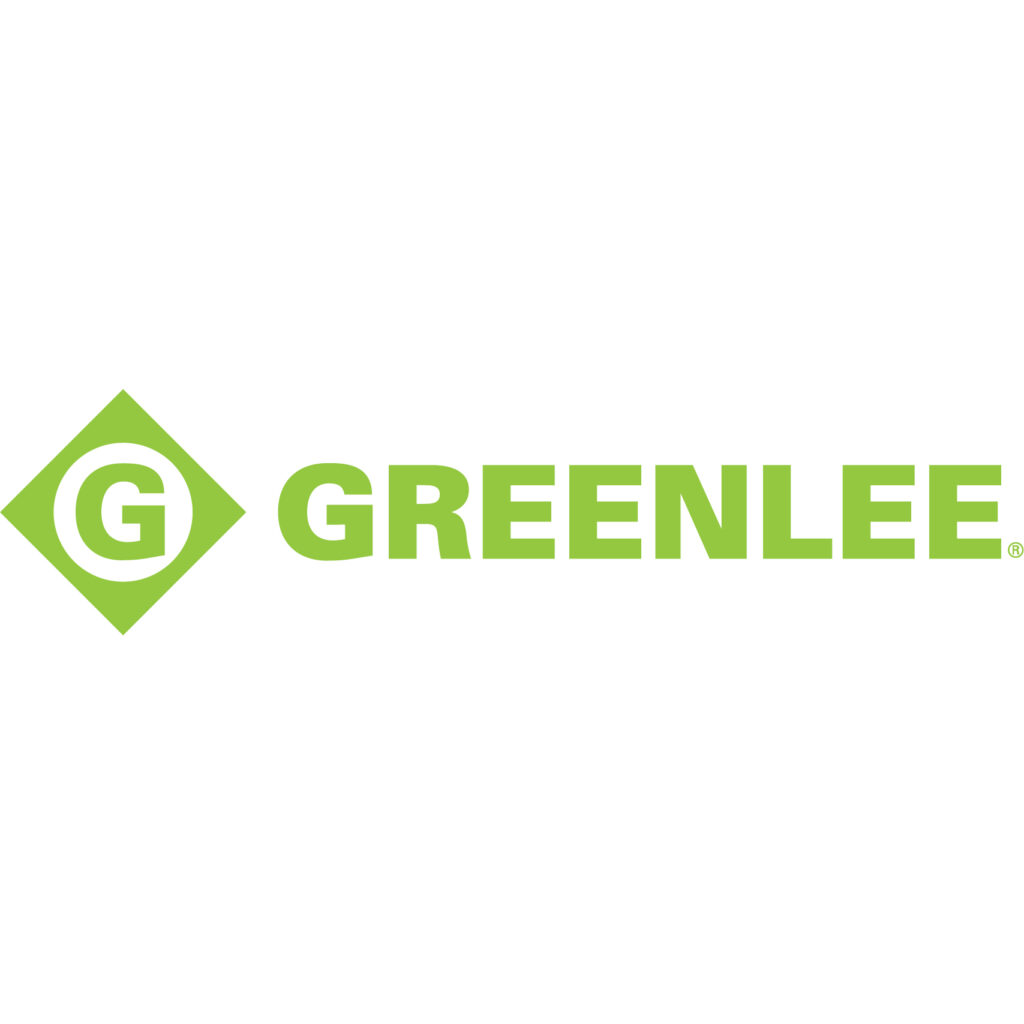 Greenlee, part of Emerson’s professional tools portfolio, celebrated its history and industry-leading tool innovation on May 24 when a vintage 1910 Greenlee Variety Woodworker machine makes a stop at its Rockford headquarters…. 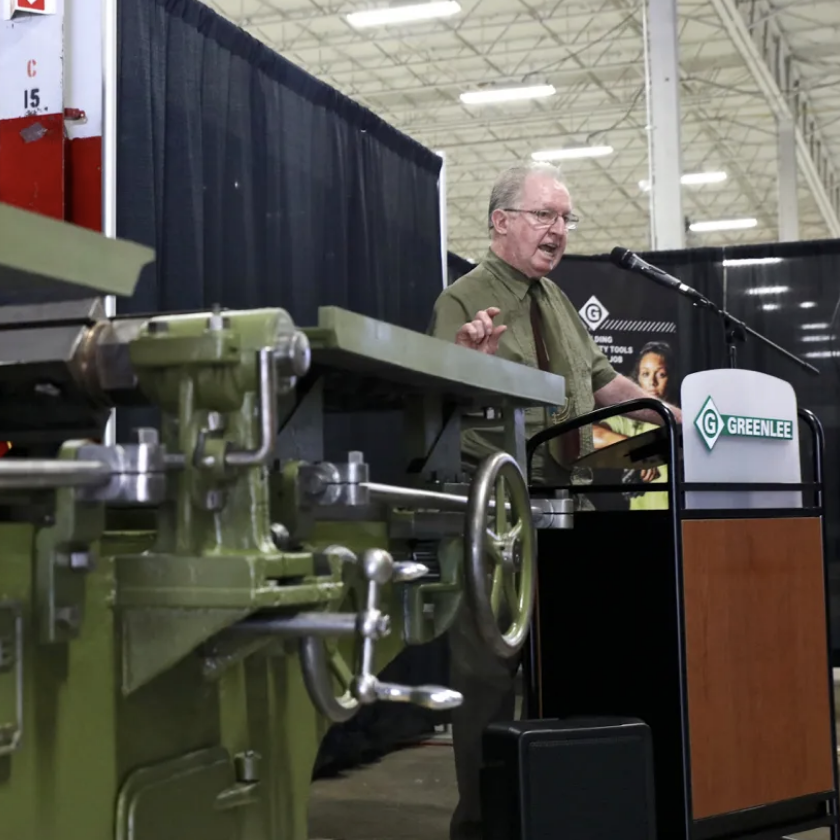 A piece of Rockford history is making the trek from the farmlands of Montana to the National Museum of Industrial History in Bethlehem, Pennsylvania, and on Monday made a special stop at its birthplace…. 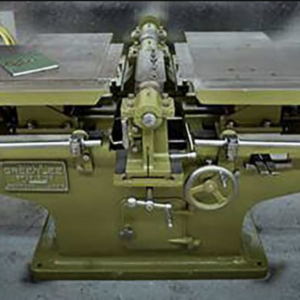 For nearly 40 years it sat collecting dust in a field outside of Chester on Montana’s Hi-Line. Now, with the help of Kalispell collector and restoration expert Steve Williams, the only remaining Greenlee Variety Woodworker in the world soon will have a home in a Smithsonian affiliated museum….. 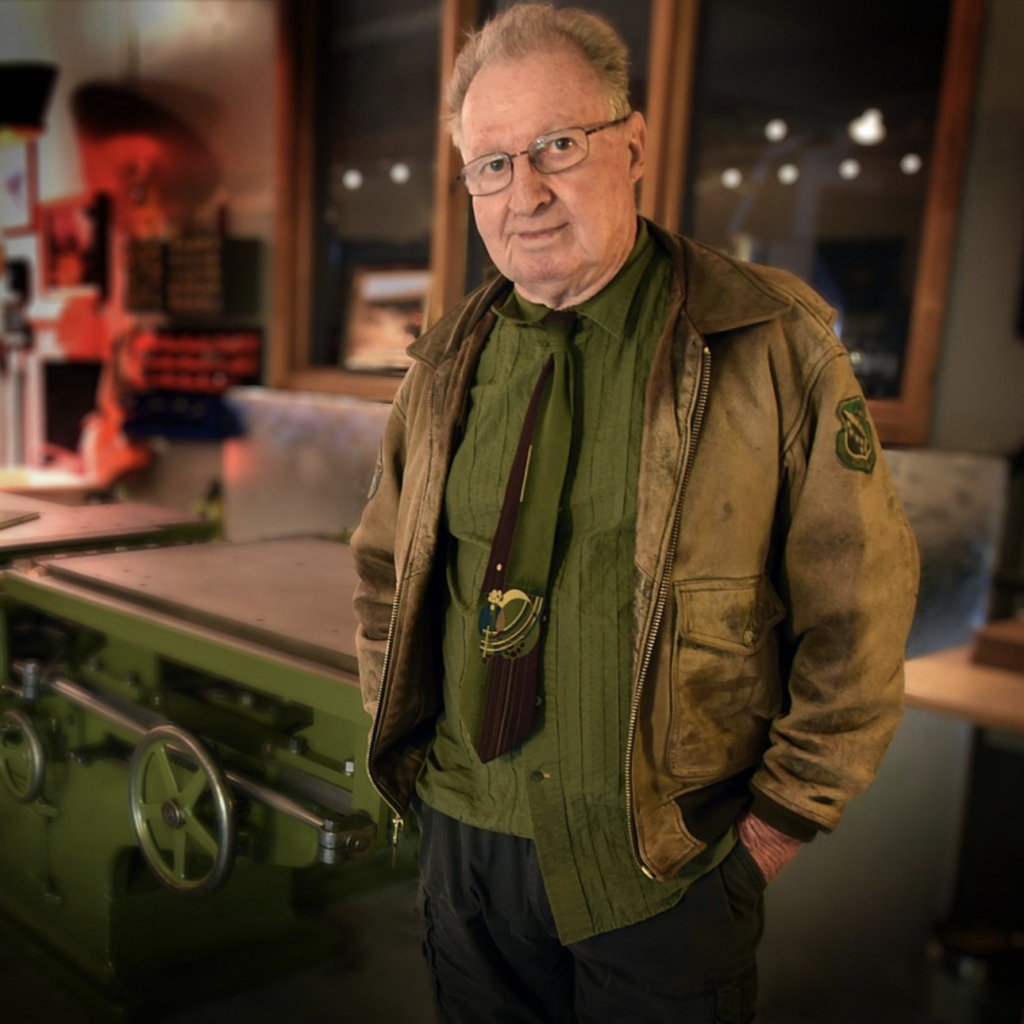 The 3-ton, fully restored and functional iron behemoth will begin the 2,500-mile journey to the National Museum of Industrial History in Bethlehem, Pennsylvania, next week, returning to the home state of the pair of brothers who founded the company that made it…… 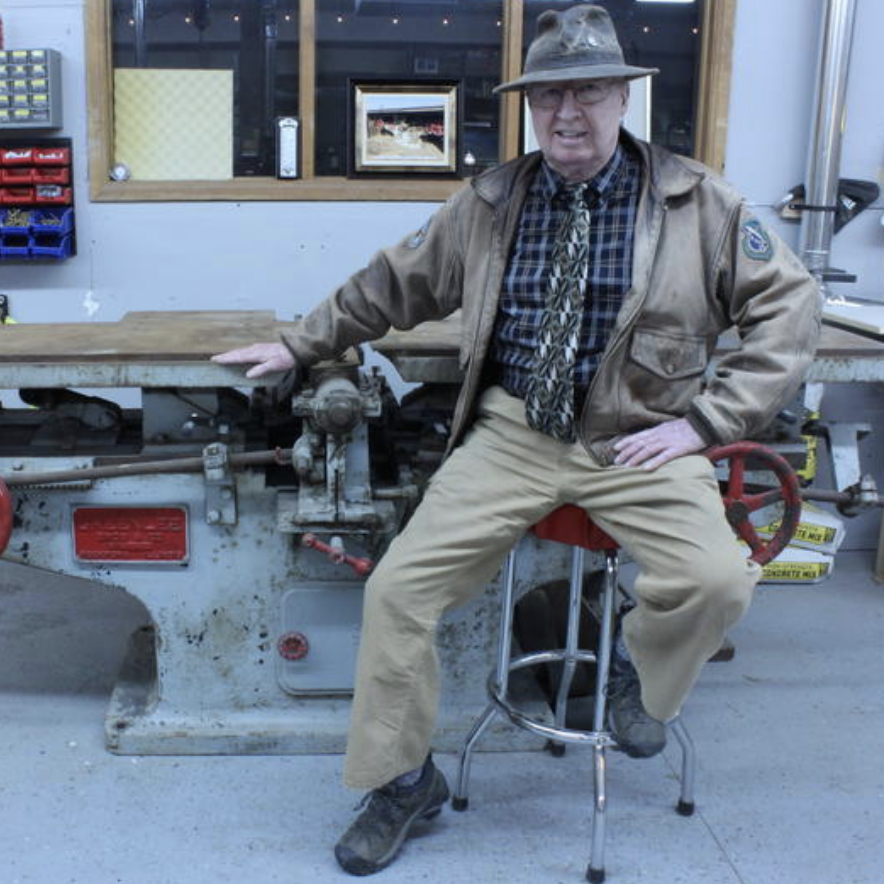 A vintage machine built by a Rockford company is joining the permanent collection at the National Museum of Industrial History…. 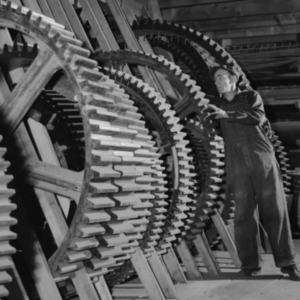 An early 20th century woodworking machine with Rockford roots is headed for the Smithsonian-affiliated National Museum of Industrial History in Bethlehem, Pennsylvania…..