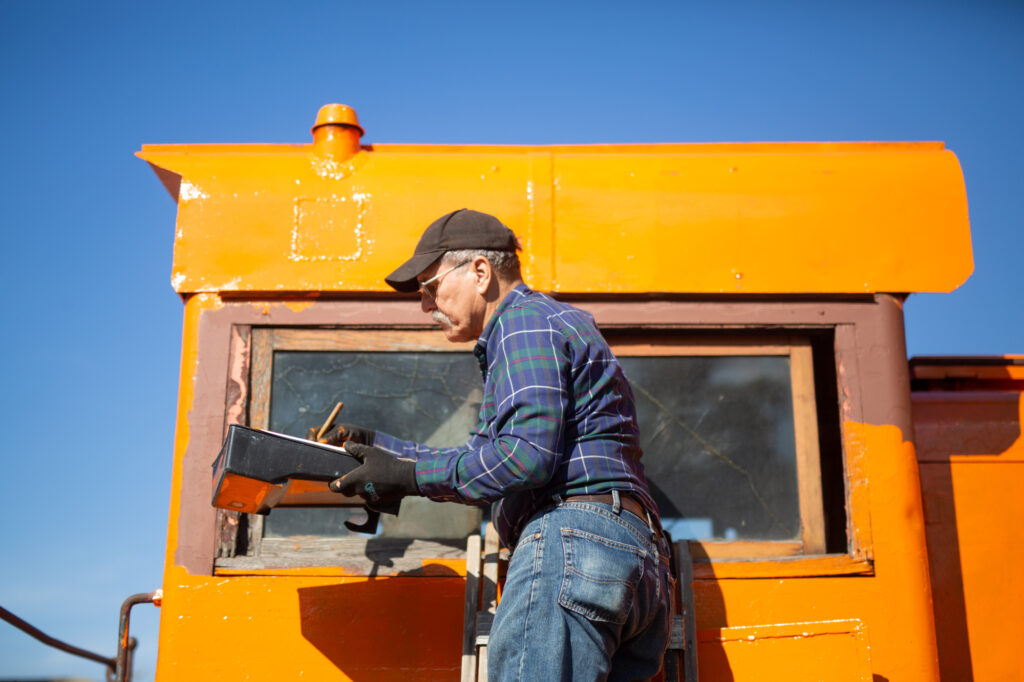 “I got my first car when I was 12,” said Chuck Savitske, a restoration team volunteer at NMIH, and with a glint in his eye, “I used to drive the neighbors crazy racing up and down the dirt road by my parents’ house.” It’s hard to say if that flash was more mischief or passion but Chuck’s 60 year love affair with automobiles started in that hand-me-down ’41 Ford.

Trailed by his dog, Sadie, and in an easy-going style, Chuck led me through his workshop where he recounted his colorful past from working at Bethlehem Steel to owning a car repair business and how volunteering at the Rough and Tumble Engineers Historical Association led him to NMIH. Looking around his shop at the collection of vintage vehicles and assortment of spare parts it’s easy to see that somehow along the way there always seemed to be wheels involved.

Chuck volunteered at Rough and Tumble where, for 25 years, he was an engineer on the Little Toot Railroad, a small scale 15”-gauge coal-fired steam locomotive. It’s little wonder that his interest and knowledge of steam power led to a connection with Mike Piersa, NMIH’s Historian and a Rough and Tumble supporter. “Mike appreciated my background in steam and liked that I had worked for many years at Bethlehem Steel,” said Savitske, “so I let him court me for two or three years before I decided to volunteer at NMIH”.

Chuck came on board near the end of the museum’s Corliss restoration project. “Mike had me in the ‘pit’ drilling out old bolts,” a job that made him a little anxious, “but it was worth it when you see the Corliss run.” Chuck notes that while the Corliss is ‘bigger than life,’ the precision of each of its integral parts is critical to the overall operation of the machine. He likened it to the team of restoration volunteers that Piersa has assembled in that each person brings a certain skill or expertise that contributes to the overall success of the team in completing projects.

Of his 13 years at Bethlehem Steel, Chuck focused on his experiences in the Mobile Equipment Repair Facility, or MERF group. Working in MERF involved driving a massive R600 Mack diesel wrecker, a job that fit Chuck to a tee. “We fixed anything on wheels; forklifts, railcars, sweepers… you name it.” With his prankish glint he told how he and a friend would drive the wrecker near the river in the evening where crows had roosted in nearby trees. On cue, he would make the truck backfire, sending hundreds of the birds airborne. According to Chuck, “we always had something important to do.” While he enjoyed his various jobs at ‘the Steel’ and the people he worked with, slowdowns and layoffs took their toll. 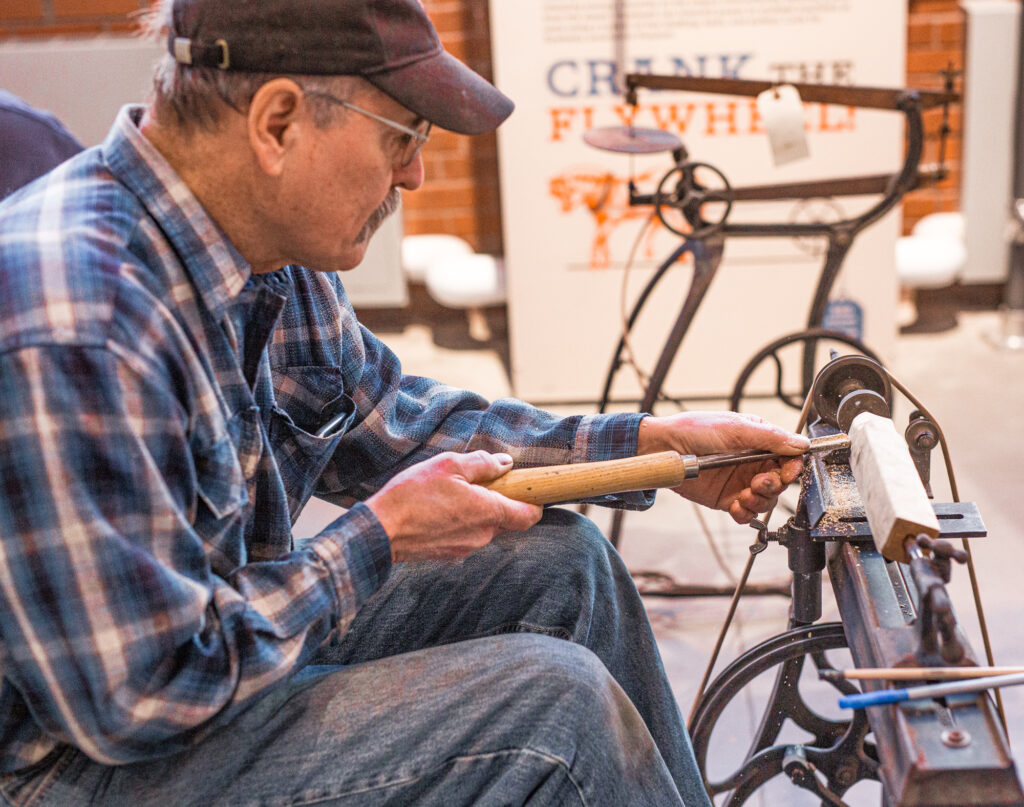 The old adage, ‘as one door closes another opens’ is certainly true in Chuck’s case. While taking his car for state inspection, the owner and longtime acquaintance asked Chuck if he was interested in taking over the business. “So,” as Chuck likes to tell it, “I went from working at the Steel to owning my own business in one day!” But it wasn’t just auto repair. “Sure, we worked on cars and did state inspections, but we repaired anything that rolled, from tractors to hay balers to anything a farmer might bring in.”

After retiring and closing the business, Chuck is still involved in antique car repairs, restoration, and hot rod building as evidenced by his cherry red ’28 Ford that he built from the ground up. But Chuck’s crowning glory came when he was invited to help build a replica of Buckminster Fuller’s Dymaxion for the Lane Motor Museum in Nashville. Fuller, maybe best known for the geodesic dome, was an architect, designer and ‘futurist’ who, in the 1930’s, developed the Dymaxion, a concept car intended to change the way people traveled. Only three of the concept cars were ever built. The Nashville museum enlisted Chuck and his partner, Bob Griffith, to build the frame for a replica of one of the concept cars that was destroyed in an accident.

Chuck’s eyes light up when he recounts how he and Bob fabricated parts that were true to original form and design. They were challenged by poor copies of the original prints and trying to decipher dimensional scale. A lot of what they accomplished was through trial and error and just “rolling up our sleeves and making things work.” Chuck could not hide his pride when he shared a copy of Haggerty Classic Cars (Fall 2015) magazine in which he and his partner were credited for construction of the frame.

“I learned by doing,” says Chuck. Whether it was learning how to play the banjo by the ‘tablature’ method, working on cars and equipment, or just helping complete restoration projects at the museum, Chuck finds opportunities to learn. He enjoys working with all of the people he’s met at NMIH, but being a people-person it comes as no surprise to those around him. His advice to perspective volunteers: “Being an NMIH volunteer allows you to see things you can’t see anywhere else and work with equipment you may never have an opportunity to do so anywhere else. There is a great opportunity to learn from the other team members and there is nothing so rewarding as seeing a project through to completion.”