Mike Piersa: A Passion for Preservation

Mike Piersa: A Passion for Preservation 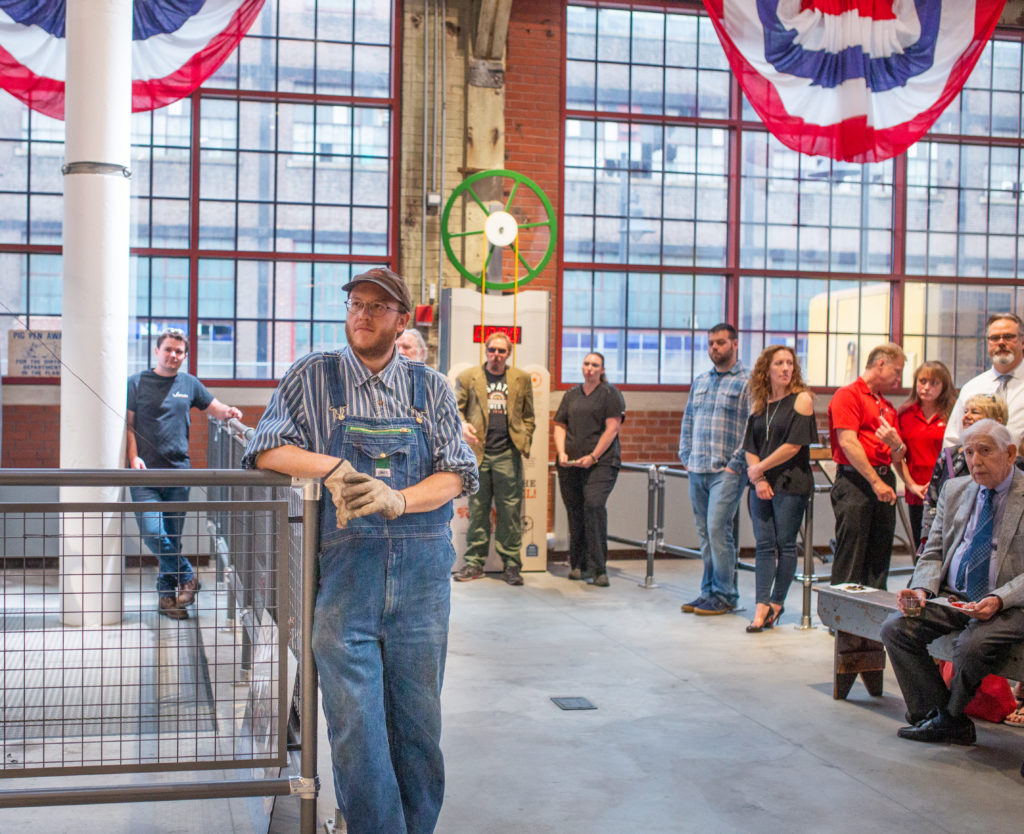 A historian’s job is to collect, research, and interpret artifacts of cultural significance. A historian’s responsibility is to ensure that these valuable relics are conserved, restored, and made accessible to the public to appreciate and from which to learn about America’s rich industrial heritage. These are the guiding principles that differentiate Mike Piersa, Historian for the National Museum of Industrial History (NMIH) and help define what he does and who he is. Mike heads up a cadre of restoration volunteers, each with a unique background and niche skill set that continues to expand the capabilities of the local restoration team. Moreover, Mike’s reach into the steam engine, artifact, and museum ecosystems provides access to external resources that bring specialized skills and knowledge leading to successful project completion.

According to Mike, the genesis of today’s advanced technology can be traced to the progression of industrial development over the last 150 years. His passion to recover and preserve is steeped in the belief that understanding our industrial past creates a roadmap for the future and helps inspire and engage the bright minds of tomorrow. He observes that, regretfully, in today’s disposable society locating and identifying artifacts has become more difficult and finding resources that can restore and display them for public consumption more challenging. Through his local resources and extended network, Mike finds homes for a slice of Americana that would otherwise be relegated to the scrap heap.

Mike’s Passion for Preservation started early, as a historic railroad volunteer in Southern California and Connecticut. Curiosity and a hands-on environment at a young age fired his interest in steam engines and antiquities that still burns white hot today. Along the way one of Mike’s early influencers, Lance Metz, taught him that historians are “the keepers of our history and culture”. A historian’s success, therefore, is largely based on making research available to the public, a bar that Mike continues to raise for himself and his team.

As an undergraduate at Moravian University, Mike had two priorities; get acquainted with campus life and get engaged with NMIH. He started as a ‘walk in’ volunteer, making himself available for any tasks large or small that needed to be accomplished at the museum. Interacting with a broad range of professionals, from academics like Ralph Schwarz, NMIH’s first Historian, to riggers, engineers, and machinists, Mike learned about the nuances of steam and machine technology in a historical context and worked his way through positions of increasing responsibility; from unpaid intern to full time Historian. Driven by his passion for steam and an intellectual curiosity about industrial history, Mike’s first major undertaking at NMIH was rescuing a unique 1950s locomotive in Philadelphia used to offload iron ore from ships. The scope of his responsibility included all logistics from rigging and moving to recording its history. As an added responsibility, Mike also assumed ownership of fundraising to pay for the project, a challenge he met through the sale of a pair of CDs he created about the pier the locomotive worked at and the mill the iron was shipped to.

Mike earned a Master’s Degree at Lehigh University in History and Political Science, focusing on industrial history whenever possible. In fact, his Master’s thesis, “Mining and Hauling at the Stephens-Jackson Slate Company,” chronicles the slate quarrying industry that flourished for over 100 years in the Pen Argyl, PA slate belt. He found that much of the century old infrastructure and technology was still viable into the present day. While certain technology advances improved efficiency and throughput over the life of the quarry, the underpinnings of the operation were still based on an infrastructure that existed in the late 1800s. An excerpt from Mike’s thesis states, “By recognizing the personal nature of the slate business, the technology and physical plant of the industry comes into focus not as soulless machines and moonscapes, but an extension of the men themselves.” It captures not only the essence of an early industry, but Mike’s passionate tie to industrial preservation.

There is an interesting backstory to Mike’s Master’s thesis research. Serving as an unpaid consultant on the Stephens-Jackson site, he was required to complete Mine Safety and Health Administration (MSHA) certification training for new miners. As such, he’s not only a museum historian, he’s also an MSHA certified miner. During his tenure at Stephens-Jackson, Mike began to chronicle the quarry’s history by photographing equipment and machinery left on the original sites. Over time he struck up conversations with some of the Stephens-Jackson old-timers who shared Mike’s interest in the quarry’s historical significance, as well as his appreciation for steam engines. After showing a friend through the site one day in 2005, the owner told him that the idled steam engines used to power the various quarry operations were destined to soon become scrap. Working quickly through his network, Mike was able line up sponsors to remove, relocate, and haul these priceless relics for eventual restoration and display. All 15 engines were rescued from the site, the oldest being manufactured in Doylestown, PA in 1882, with most others being built by the S. Flory Mfg. Company in nearby Bangor, PA.

Looking down the road, Mike has a number of major projects on his list. A long-term priority is to continue to preserve and restore equipment from the Bethlehem Steel site as the land goes into development. Although the site is not formally registered, Mike sees this as an important national landmark and, as such, is continuing efforts to showcase the now-unique machinery used there. One example is an exhauster engine from the company’s coke works, built by National Marine Engines Works in Scranton, and is the last surviving engine of its kind in the world.

Other projects include restoring a second Bethlehem Steel locomotive to operating condition for use on NMIH’s narrow gauge railroad. Mike also looks forward to relocation and restoration of an AC generator that was installed in the 1920s in Easton, PA. This engine will be vital in filling a gap in the museum’s collection, connecting water and steam-powered belt drives to electric motors powering individual machines. The generator was powered by steam to produce electricity at a time when utility lines were not readily available.

Mike plans to expand an intern initiative built on his belief that understanding the history of industry is the foundation for the future and future advancements. His goal is to provide students with the same kind of hands-on environment and opportunity that helped inspire him. He plans to team students with seasoned restoration volunteers to gain an understanding of machines and technology that powered industry in a bygone era. Mike’s Passion for Preservation is inspiring the bright minds of tomorrow.