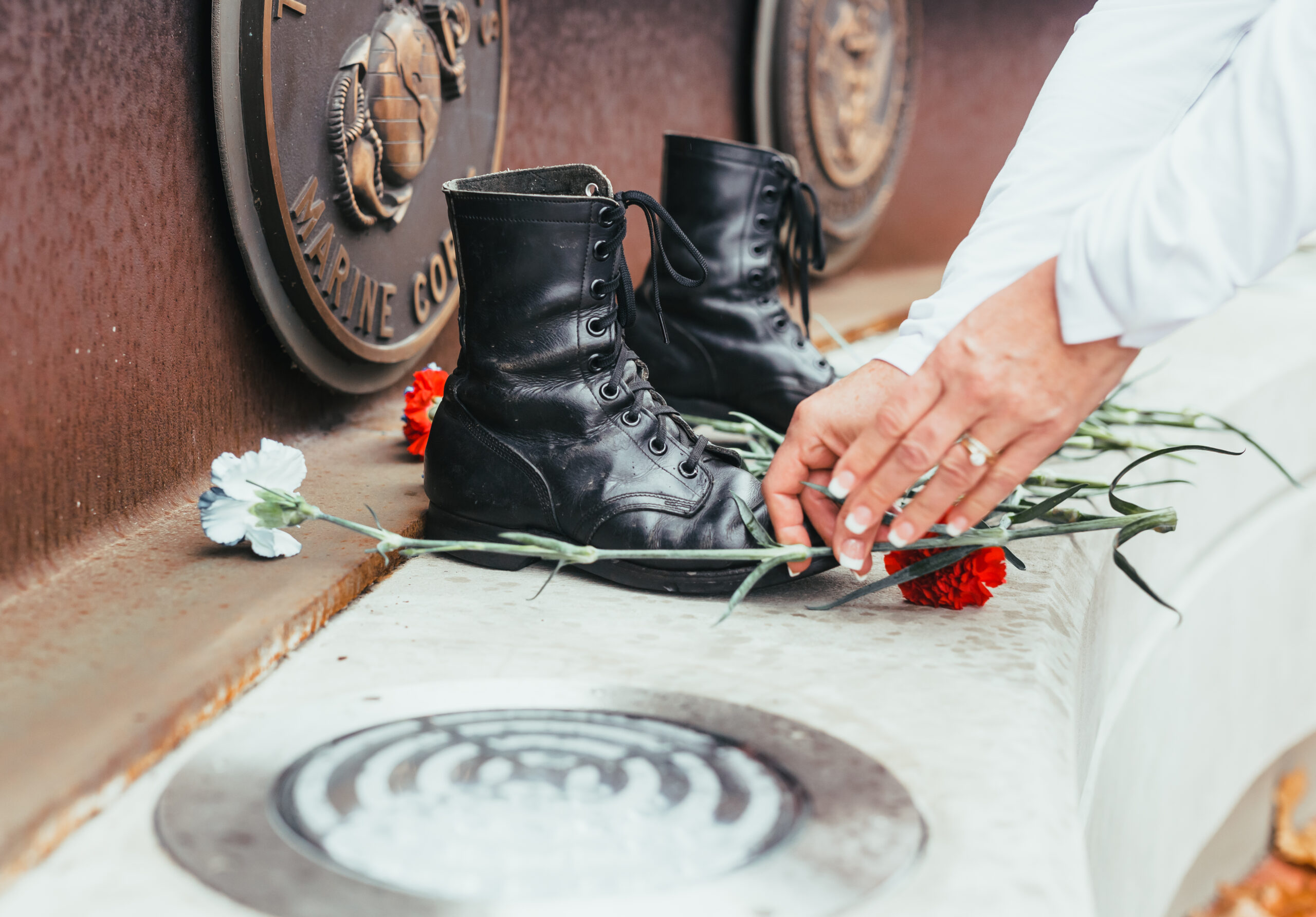 The National Museum of Industrial History will honor those who served on Friday, November 11. The day will begin at 10am with a commemoration ceremony hosted by the Steelworkers Veteran’s Memorial Committee on the Museum’s plaza. The commemoration ceremony will include a performance by the Broughal Middle School Band as well as remarks from various speakers representing the Nam Knights of America Lehigh Valley Chapter, members of the Steelworkers Veteran’s Memorial Committee and government officials. Special keynote speakers will be Commander Sandra D. Thomas and Chief Warrant Officer Andrew T. Boyer (U.S. Navy Reserve).

Veterans and their families receive free admission to the museum from 10am to 5pm.

Commander Sandra D. Thomas is a native of Bethlehem, PA. She enlisted in the US Navy in 1988 as an undesignated Seaman Recruit. Upon completion of boot camp, she was assigned to Naval Station, Annapolis, MD where she designated as a Storekeeper.

In June of 1996, after eight years of active duty, CDR Thomas decided to pursue her education on a full-time basis and separated from active duty, affiliating with the Navy Reserves in July 1996.

As a SELRES, she performed in a variety of Supply Support positions with NMCB 21, COMLOGRON and NCHB Eight. While serving with NCHB Eight, CDR Thomas was recalled to active duty in 2005 to Kuwait in support of OIF/OEF, and ultimately served as the Senior Watch Leader at Port Shuaiba. Currently she is assigned to the Office of the Chief of Naval Operations, Warfare Requirements and Capabilities.

CDR Thomas was previously a Logistics Specialist Senior Chief Petty Officer and on July 15, 2006, she accepted a commission as a Navy Supply Corps Officer via the Direct Commission Officer program.

CWO Andrew T. Boyer is a native of Brooklyn, NY. He enlisted in the US Navy in 1984 as a designated Fireman Recruit. Upon completion of boot camp he attended Boiler Technician “A” School, Great Lakes, IL. After graduating “A” school he was assigned to the USS Austin LPD-4, Norfolk, VA. During his service on board the Austin he made several Mediterranean Cruises and was part of significant historical events, such as the high jacking of the cruise ship Achille Lauro. After his initial enlistment ended, CWO Boyer decided to depart from active service. After several years he decided to enlist in the Navy Reserves. His first reserve assignment was Navy Cargo Handling Battalion 6 (CHB6), Floyd Bennett Field, Brooklyn, NY and after its decommissioning he transferred to Navy Cargo Handling Battalion 8 (CHB8) Fort Dix, NJ.

In September of 2005, CWO Boyer was deployed to Kuwait Naval Base in support of Operation Iraqi Freedom where he served as Hatch Captain with the deploying and redeploying of combat and support troops. Upon his completion of deployment, CWO Boyer was advanced to Chief Petty Officer (CPO). During his time with CHB8 he served in a variety of roles including Company CPO, Senior Enlisted Advisor and Operations Chief.

CWO Boyer applied and was accepted to the Navy Reserve Chief Warrant Officer program in 2010. On October 15th of that year, CWO Boyer was commissioned as a United States Naval Officer.