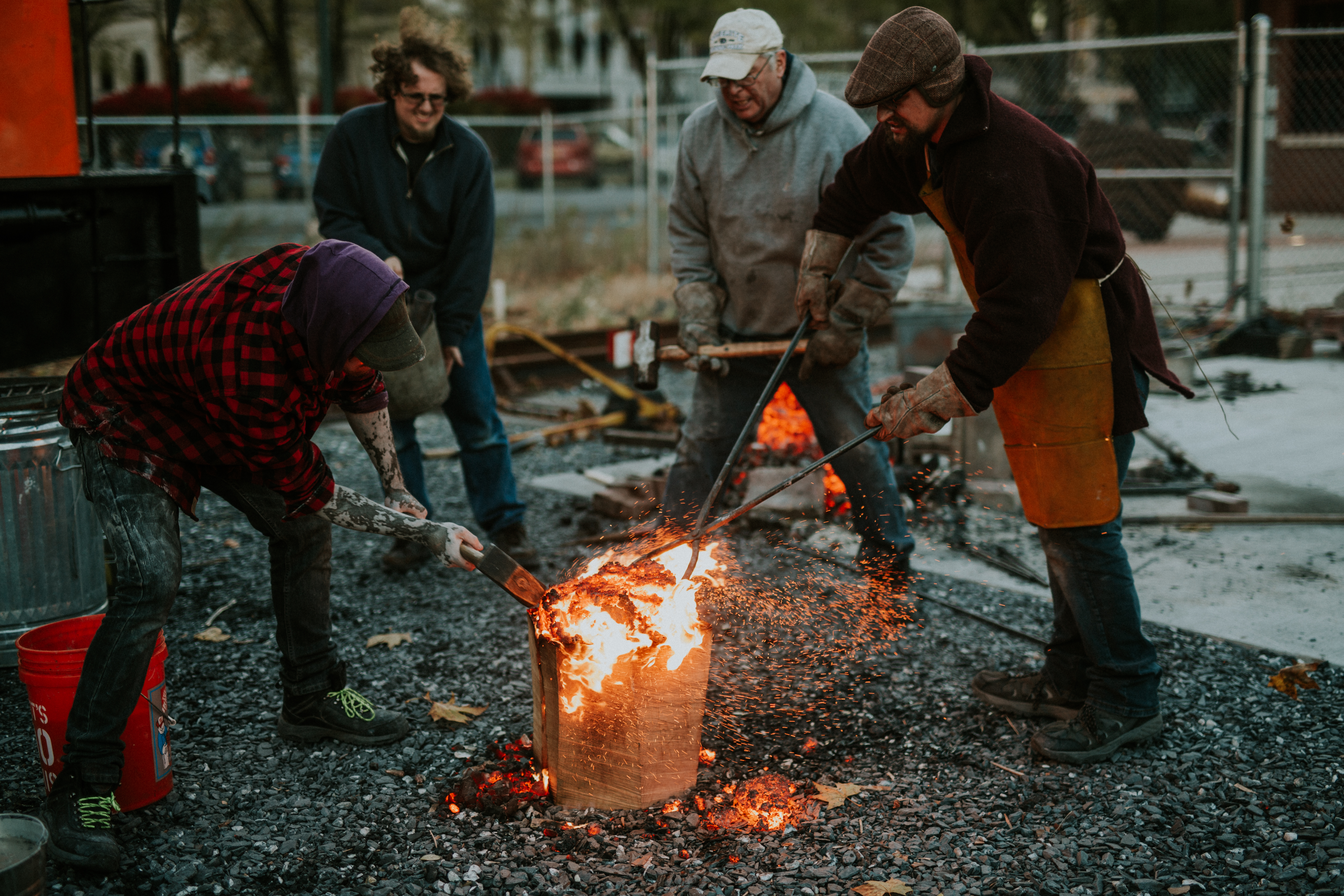 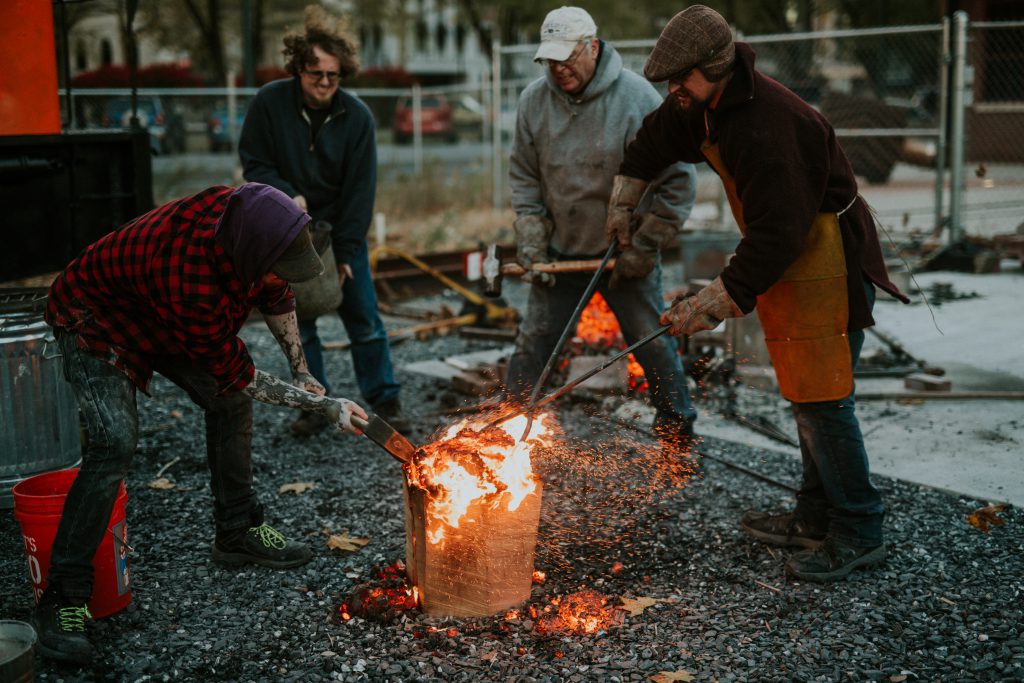 The National Museum of Industrial History is hosting a special weekend of programming in celebration of Steel Day on Saturday, September 26th and Sunday, September 27th. An annual celebration in its 12th year, sponsored by the American Institute of Steel Construction, SteelDay is dedicated to the structural steel industry and is the field’s largest educational and networking function, with events occurring all over the country. We have an action-packed weekend full of educational and hands-on activities on Saturday and Sunday that are fun for the whole family. Watch iron smelt, learn how to forge metal, or watch a hot riveting demonstration!

The First Cast
September 26, 11am to 4pm in the museum’s plaza
Join the National Museum of Industrial History as it unveils its miniature iron melting furnace and holds its first public casting demonstration. The afternoon-long event will culminate in a molten iron pour around 3 p.m., during which commemorative Last Cast 25th Anniversary medallions will be created. This once-in-a-lifetime event will take place on the Museum’s outdoor plaza and is weather dependent.

Forging
11am to 4pm September 26th and September 27th in the museum’s plaza
Watch forging in action as NMIH volunteers and staff utilize a power hammer and demonstrate how glowing hot metal is shaped by hand.

The Corliss Comes Alive
11am and 2pm September 26th
See NMIH’s massive 115-ton steam engine come to life! This engineering marvel has been carefully restored over thousands of hours to operating condition after sitting dormant for decades. Once pumping 8 million gallons of water per day for the city of York, PA, the engine is now the crown jewel of the museum.